Demonstration planned in opposition to firm's plans for Mungret 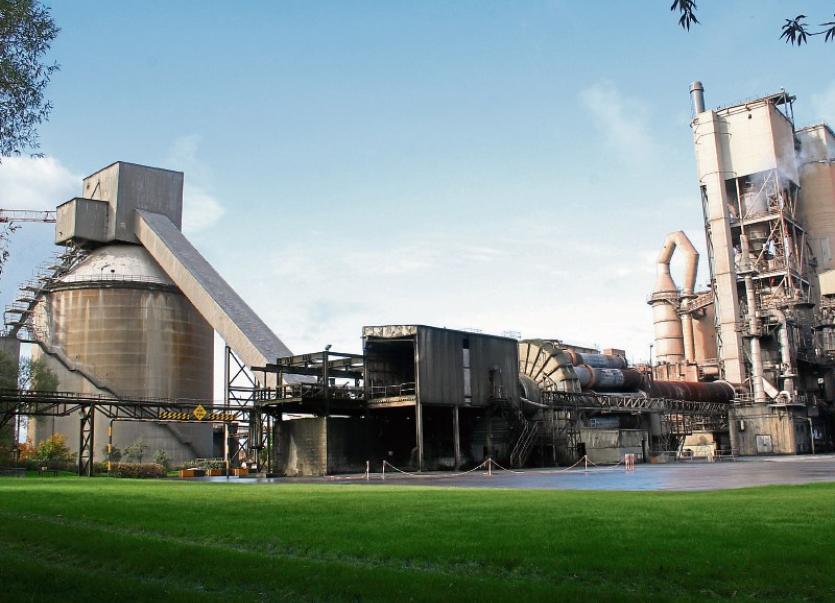 LIMERICK City and County Council is to set up a station to monitor the air quality near the Irish Cement plant in Mungret, it has been revealed.

The move comes ahead of a big demonstration planned for the city centre in opposition to the firm’s plans to use tyres and plastics at its site instead of fossil fuels to generate cement.

Hundreds of people are expected to gather at City Hall on Saturday week, March 11, from 2pm to march in protest at Irish Cement’s hugely controversial proposals.

Speaking at this Monday’s environmental meeting, council official Anne Goggin confirmed the plan to monitor emissions from the factory, something described as “brilliant news” by Limerick Against Pollution (Lap) spokesperson Claire Keating.

Residents are concerned that burning used tyres will release a number of toxic emissions into the air including dioxins, furans, and sulphur dioxide which in turn can cause a range of health problems.

Irish Cement has always stated that due to the fact that the burning will take place at such a high temperature – 1,500 degrees – there will not be an increase in emissions into the air.

The proposals, the firm added, will lead to 60 temporary roles, and secure the future of 80 staff on site.

Ms Goggin said the exact location of the monitoring station would be decided in conjunction with local councillors and residents.

She added that the local authority will monitor the emissions indefinitely – regardless of whether the firm secures planning permission for its €10m reforms.

The news comes as a boost to residents, who were planning to set up their own independent monitoring stations – due to the fact the Environmental Protection Agency does not have such a facility locally.

Ms Keating said they may still do this. But, she added: “It takes the onus off us. The idea we should be monitoring them is ridiculous. It is up to the likes of the Environmental Protection Agency (EPA) and the council to be monitoring them – it’s not our job as residents.”

She also welcomed the fact it is, on this occasion, the council doing the monitoring rather than the EPA.

Sinn Fein councillor Malachy McCreesh, whose question led to the disclosure from the council, added: “It’s welcome news, especially with regard to the possibility that Irish Cement could be burning plastics and other waste materials.

"I think it will take a lot more than one monitoring station though. I know members of the local community are also doing monitoring on multiple sites. But it’s a good start.”

Over 200 people were at St Paul's National School on Friday for a meeting in opposition to Irish Cement’s plans.

Ms Keating hopes this will transfer to the streets. The “family protest march” kicks off at 2pm on Saturday week from the outside of City Hall, and will continue to the People’s Park.