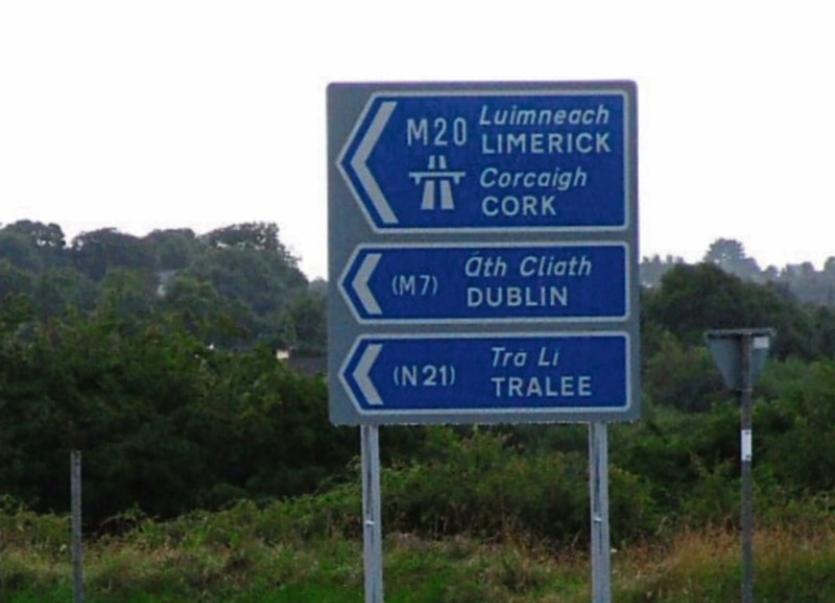 There is €1m for the much-vaunted Limerick to Cork motorway

LIMERICK City and County Council has unveiled over €15m of spending on local roads for 2017.

Members of the travel and transportation strategic policy committee were this week given a presentation outlining the spending estimates for 2017.

A total of €7.3m is being made available from Transport Infrastructure Ireland (TII) on major roads projects, including €1m for the much-vaunted Limerick to Cork motorway, and €2.3m for the proposed Foynes-Limerick link.

Meanwhile, the feasibility of adding a junction to the M7 is also to be looked at, with €30,000 allocated for a study.

And a pavment strengthening scheme in Adare will see €600,000 allocated to it.

In the event of a winter of extreme weather, €160,000 is in the pot for necessary works, and this is benchmarked by €285,000 for ordinary roadworks across the county.

Elsewhere, €15.9m is being allocated for various restoration grants – including €428,000 for bridge rehabilitation works, mainly across rural Co Limerick.

Controversially, €200,000 is to be spent on the Limerick Footbridge project, but when councillors questioned this, they were told it was a standard grant – the same as last year.

Some €288,000 is being planned for safety improvement works at various roads.

Separately, €1.4m is in the budget from the National Transport Authority this year.

Sinn Fein councillor Seighin O'Ceallaigh said he was surprised at what he saw as a low amount of spend on the M20 project.

“Is €1m really enough to progress this? The scheme will cost €1bn in total. I think [Transport Minister] Shane Ross is just fobbing off the people of Limerick and Cork here,” he said, pointing out €1m is a tiny percentage of the road’s overall value.

Transportation director of service Vincent Murray said: “We are looking at four years before contracts can be put in place. I think €1m is more than enough to get this process under way.”

He said it is “imperative” the proposed motorway is included in the government’s capital spending review, out later this year.

Fianna Fail councillor Sean Lynch said he was disappointed the N69 upgrades did not appear to be included in the review, and asked if a representative of the TII can be invited to address the next meeting.

Independent councillor John Loftus called for a timeline around the safety repair works at Thomond Bridge.

Mr Murray told him that designers for this have been appointed, and a contract is expected to be in place by late spring.