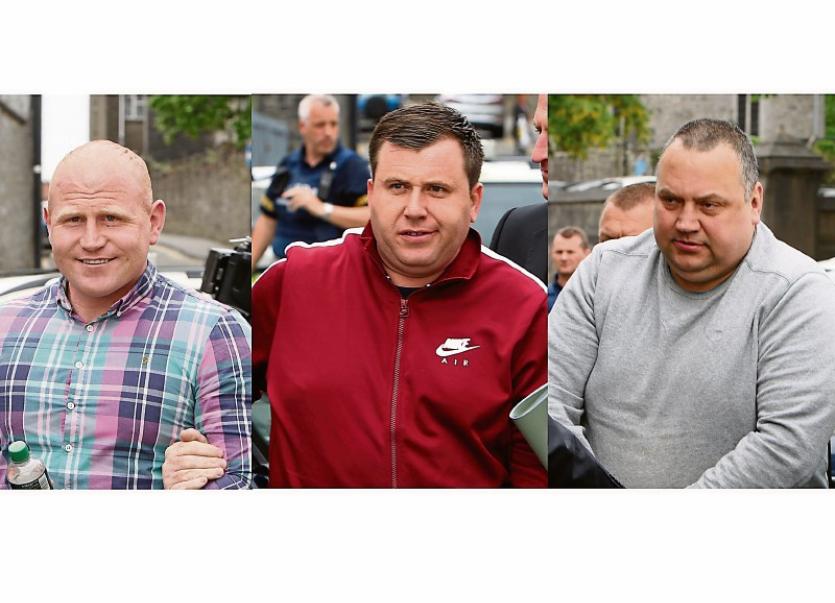 THE trial of three men who are charged in connection with a “crucifixion-style” attack at a house on the southside of Limerick city almost 18 months ago is expected to begin next week.

The defendants, who all have addresses in the city, are accused of falsely imprisoning and assaulting a 51-year-old man at Larch Court, Kennedy Park on September 14, 2015.

It is alleged by the State that the injured man, who is a member of a travelling community from County Limerick, was “lured” to the house in Kennedy Park where he was threatened and “set upon” in what was previously described in court as an “animalistic” attack.

It is the State case that a large quantity of cash was demanded from the man before the attackers then nailed his feet to the floor with a “high velocity nail gun”.

The culprits, who gardai believed were all wearing protective clothing, then left the house and after the alarm was raised, the man was treated at University Hospital Limerick where the nails had to be surgically removed from his feet.

Having considered the file prepared by investiating gardai, the Director of Public Prosecutions (DPP) certified that the ordinary courts are inadequate to deal with the administration of justice in the case.

A book of evidence was prepared and the matter sent forward for trial at the Special Criminal Court late last year.

While the the matter was listed for hearing before the non-jury court this Monday morning, the trial was not in a position to get underway.

The case was adjourned to next Tuesday, February 28, which it is expected that it will begin.

Once underway, the trial which will be heard before three judges is likely to last a number of weeks.

Each of the defendants have been in custody since their arrest last May having previously been refused bail.

During a bail application which was heard in the district court gardai alleged the defendants could be linked to the scene of the attack by CCTV.

Concerns were also expressed that potential witnesses would be interfered with if any or all of the men were released.

Evidence was given by gardai that the alleged injured party received a phone call the day after the incident warning him not to talk to gardai.