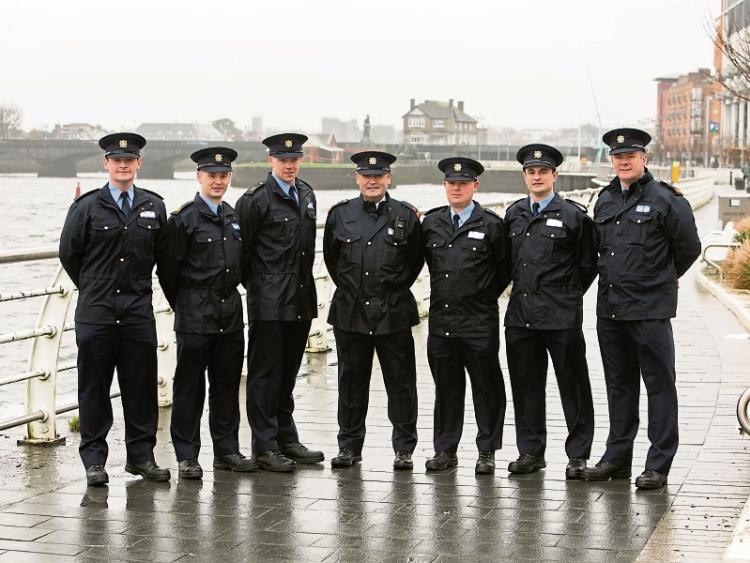 NINE new members of An Garda Siochana have joined the ranks of the Limerick garda division – including the captain of the senior Tipperary hurling team.

The new recruits brings to 35 the number of new gardaí assigned to Limerick since 2015 under the new Garda Training programme.

Padraic Maher, 28, an All-Ireland winning hurler and current captain of the Tipperary senior hurling team, is among those now on the beat in Limerick.

“I’m really looking forward to it now. We’re all mad to get started now, and hopefully we’ll pick up plenty of experience here in the coming weeks, months, maybe years. It’ll be a good experience, please God,” he told the Limerick Leader.

His training schedule should be greatly affected, he added, as his new post is close enough to home just outside Thurles.

He and the eight others will divvy up three different shifts – early, late and nights – of 10 hours each, with six days on and four days off as they become inducted into Limerick life.

Superintendent Derek Smart, Henry Street station, said that in addition to the youngest members of the force, four new detectives are due to be assigned to Limerick, after following the recent promotion or deployment of other high ranking gardai in the city.

It is expected that those positions may be filled in the coming weeks following an open competition.

Of the nine new recruits from Templemore, four will be assigned to Roxboro Road station and five will be based Henry Street station, having graduated from their first eight months of training in Templemore.

“Now, in Limerick they will shadow a more experience member of An Garda Siochana for a number of months, who in turn them shadow them for the next period of their training, so it’s a great addition for the city, and great recognition that the members in Limerick do their job as a training district for new members,” Supt Smart told the Limerick Chronicle.

“The hope is that they will stay here, but there’s no guarantee of that, depending on whether the Commissioner to decide to assign them.

There are now over 500 members of the Limerick garda division, including the county districts of Newcastle West and Bruff, down from 656 gardai in 2011.