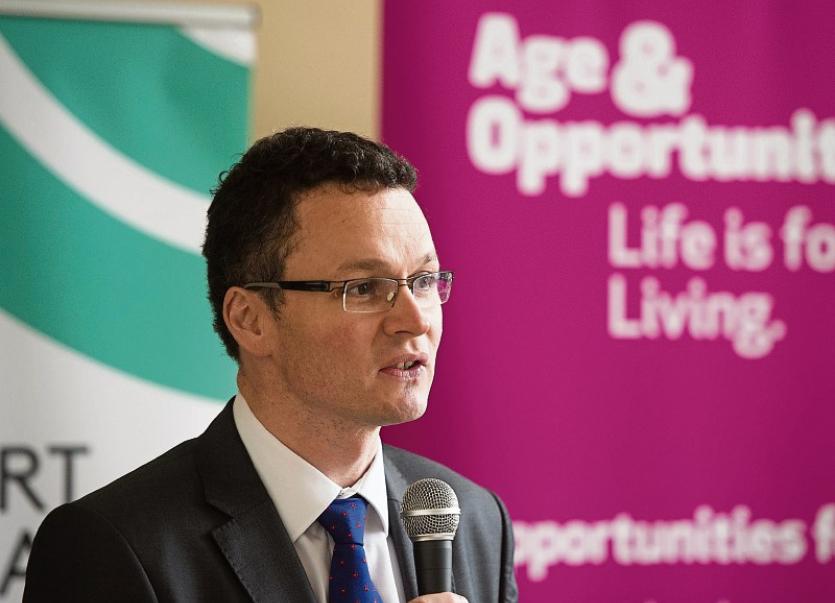 He said the organisation “Deputy Adams has said he was never a member of was responsible for six gardaí being put in early graves”. Mr O’Donovan was speaking during Sinn Fein’s motion of no confidence in the Government.

“The motion was tabled by a party on two issues related to An Garda Síochána. One relates to the garda, while the other relates to whistleblowers. In his opening remarks Deputy Gerry Adams had an anecdote about someone saying, "Give me another pint ... or go to Achill island." As he knows, the lucky gardaí might have made it to Achill Island but thanks to an organisation - Sinn Féin's sister organisation - six gardaí were put in early graves.

“However, when he [Deputy Adams] gets back to the high moral ground tonight - some of his commandants are also still knocking around - he might take the opportunity in the stillness of the night, when the light is switched off, to remember the faces of the dead gardaí in whose graves he put them, with his organisation, earlier than their time,” said Mr O’Donovan.

Mr Adams said: “What he has said is untrue. He is accusing me of involvement in the killing of gardaí. He should withdraw. The Minister of State [Mr O’Donovan]  talks about moral high horses, but this is about a smear campaign against a decent man doing his job. The Minister of State is engaging in exactly the same tactics,” said Mr Adams.

Mr O’Donovan withdrew any suggestion or insinuation that Mr Adams was responsible for killing anyone.

“The organisation Deputy Gerry Adams has said he was never a member of was responsible for six gardaí being put in early graves. When Sinn Féin deputies are on their high moral ground tonight, especially the younger Sinn Féin Deputies, they should ask themselves about the darkened vans in people were brought to so-called kangaroo courts on the Border. They should ask themselves about the whistleblower Maria Cahill, a brave woman who was placed in the Seanad by the Labour Party and who was vilified by Sinn Féin.

“They should ask themselves about Paudie McGahon. We know what was done to him. They should also ask themselves about the memory of Brian Stack, whose family have begged Sinn Féin for answers about what happened to their father. However, Sinn Féin deputies will not come forward and tell us what they know because they say there is a journey to truth and reconciliation. They are right, but let the journey begin here tonight,” said a highly animated Mr O’Donovan.

“When the country goes through what undoubtedly will be a difficult period with the tribunal that has to be set up - it is right that it has to be set up - Sinn Féin deputies will need to play their part once and for all and come clean on what happened to the six dead members of An Garda Síochána, the dead members of the Defence Forces and the dead members of the Irish Prison Service, who were put into early graves by an organisation the sole motive of which was to subvert the State and which never recognised the legitimacy of the Dáil or the State. When they cast their votes tonight, especially the younger Sinn Féin Members, they should ask themselves who has led them to this and if they have confidence in him and his equals to lead them further. He has questions to answer with that generation of leaders of so-called republicanism,” he continued.

Mr O’Donovan said the true Republicans in this house are the ones who stand by the constitution, the defence forces and the garda. The deputy may well laugh at the memory of dead gardaí, prison officers and members of the defence forces, but Sinn Féin's hypocrisy does not wash with the people of Ireland. Sinn Féin has a belated and new found interest in the garda, but, then again, it always had an interest in it. Some of its people wanted to know where gardaí lived and worked and about their movements. We and the people know this and will not wear Sinn Féin's new found interest in the garda,” said Mr O’Donovan.