Limerick man's 'torment' at the hands of thugs 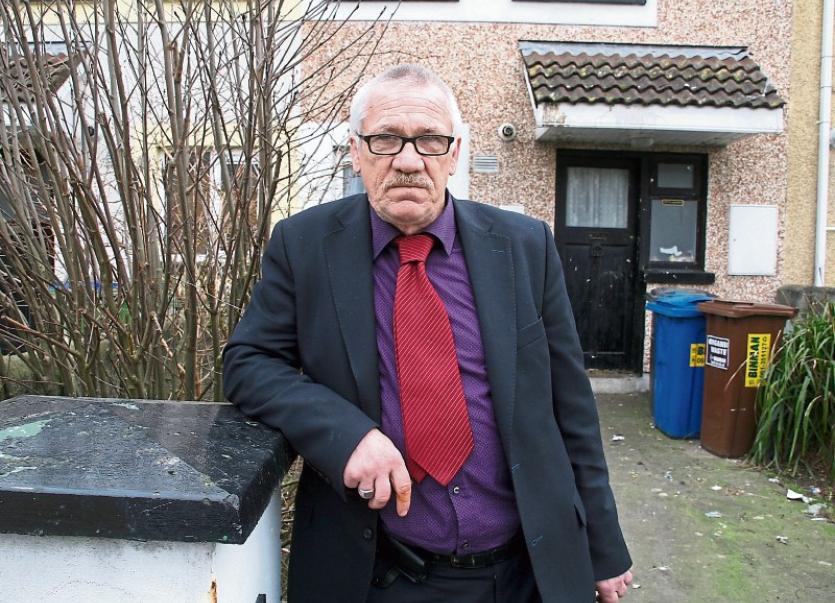 Billy King outside his home in the Monabraher Road, Ballananty Picture: Adrian Butler

A LIMERICK man says he is “living in fear of his life” after his home was targeted by young “thugs”.

Sixty-year-old Billy King, who lives at Monabraher Road in Ballynanty, is seeking a transfer out of the area, claiming he is “getting egged”, and having stones thrown at his home.

Billy, who lives alone in the two-storey terraced house, says he is also afraid to leave his home in case it is targeted by the youths.

“I'm getting egged. My windows have been broken twice. I'm ringing the gardai all the time. But there is little they can do as I can't prove it is happening,” he told the Limerick Leader.

“These people are not children by any means. They’re 15 and upwards, so they know full well what they are doing.”

Billy believes the youths are running from the Moyross estate, up the Monabraher Road and causing him to “live in fear”.

“They’re tormenting me. It’s driving me crazy: I could be listening to Len Dinneen on the radio and get a stone in my window. I cannot even go down to the shop out of fear my home will be targeted. Even when I am outside, they are always at me,” the single man said.

Billy, who was born and raised in Ballynanty, has sought a transfer from Limerick City and County Council, saying he has “lost interest” in the home he has lived for 15 years.

But he regrets having to leave the area, saying: “Why should I move out of Ballynanty over thugs who roam around the area acting the maggot? But I just want to live somewhere quiet. I am sad it has come to this.”

Northside Sinn Fein councillor John Costelloe, who is aware of Billy’s problems, has called for cases of tenants wanting to move due to anti-social behaviour to be reviewed on a regular basis.

“Believe it or not, anti-social behaviour is way down the list to justify a transfer. it has to be looked at, as it is a crazy situation really. He is not the only person in Limerick who needs to transfer because of anti-social behaviour. And he is vulnerable, a 60-year-old man living on his own,” Cllr Costelloe said,

“All cases like these should be reviewed on a yearly basis,” he added.