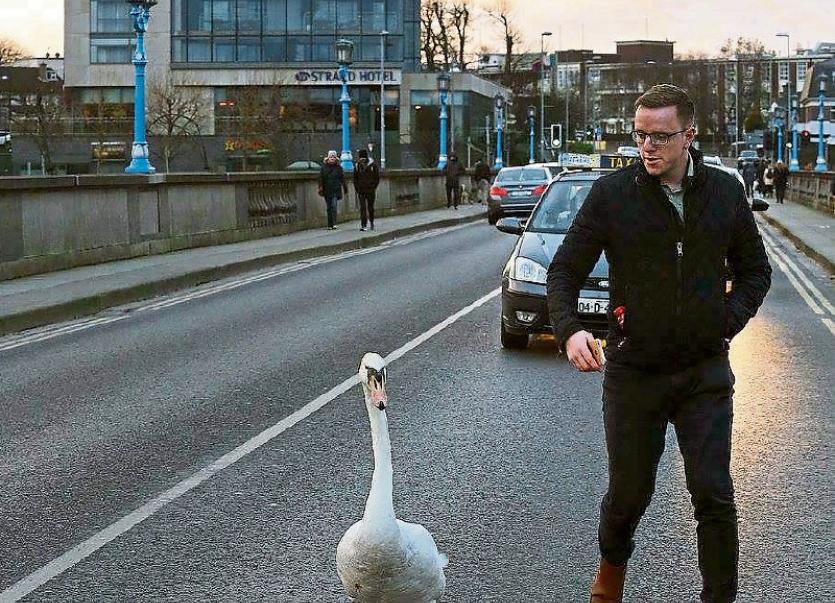 BOOKMAKERS Paddy Power wouldn't have taken odds last week on one of their employees becoming an internet sensation.

But images of Jack McGrath, 24, from the Ennis Road, bringing traffic to a brief standstill in the city in helping a swan cross the road to safety have now gone viral.

Limerick based photographer Deirdre Power was in the right place at the right time and captured up to a dozen images of the scene on Sarsfield Bridge, as he helped lead his new feathered friend back to the water at Wellesley Pier, near Limerick Boat Club.

Inbound and outbound traffic to the city from Sarsfield Bridge was brought to a halt as the pair made their way across the road, with Jack expertly negotiating the journey by whistling and pointing in the direction of the river. 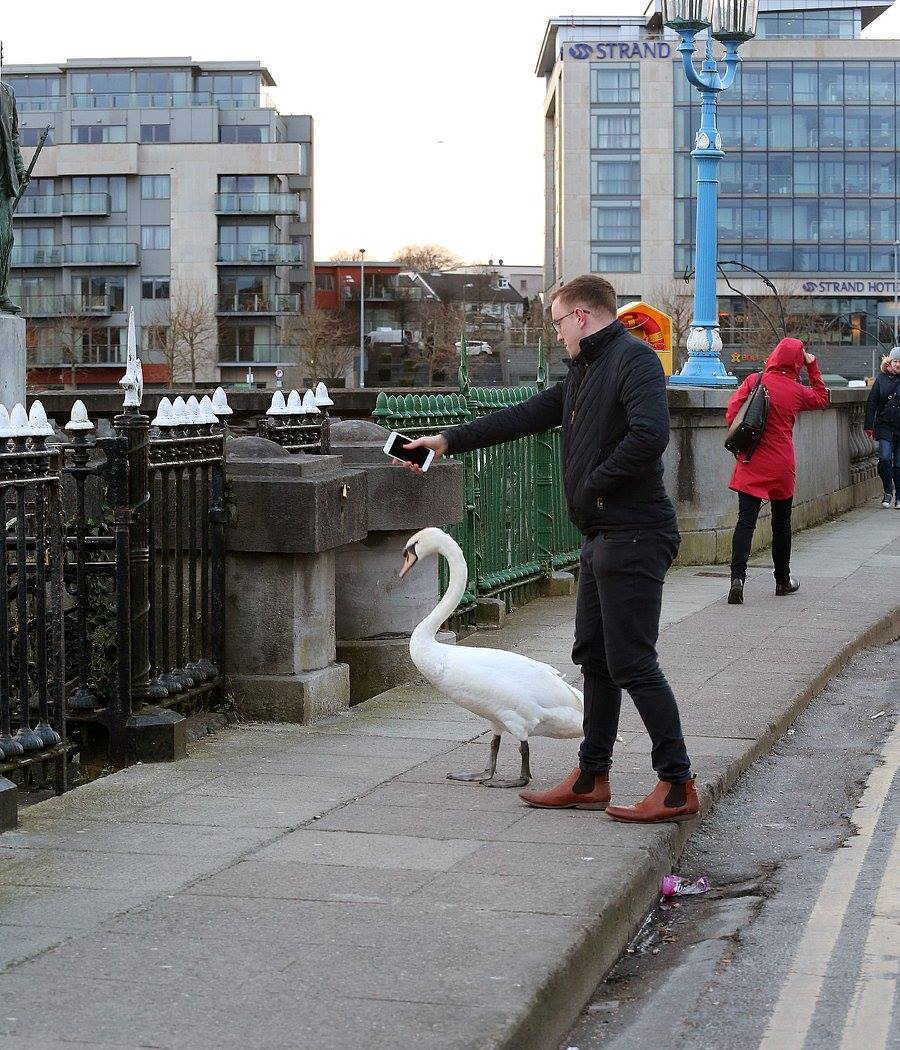 The business student at Limerick Institute of Technology, who works part-time with Paddy Power, had left work after 5pm when he came across "a bird in distress."

"There were a couple of tourists hanging around but they didn't know what to do. No one else really stopped to help. I kept whistling at him, and he just followed me, although we were stuck in the middle of the road for a while, and motorists kept laughing at us trying to get across," he told the Limerick Leader.

Ms Power posted the images to her own Facebook page, which were then reshared by Limerick Animal Welfare on social media, and have now received over 4,000 likes on their Facebook page, and hundreds of shares and comments.

"Jack gave us a call yesterday [Saturday] to say a swan was on the bridge and what could be done to help. After getting some information on the condition of the swan we talked to Jack about the possibility of either lifting or guiding the swan to the slipway and back to the safety of the water," LAW explained.

As the animal welfare group is based some 25 miles from the city "and the swan was in danger from traffic, he guided the swan to safety and made sure traffic stopped to allow the bird to cross the street.

"Our sincere thanks to you Jack. You did yourself and Animal Welfare proud and most of all you helped a bird in need when we could not be there," they said.

Jack, who has now been dubbed "the swan whisperer", said his phone has been "hopping non stop" since the images were shared online, and that his number of friend requests on Facebook has suddenly spiked.

His good deed has also unleashed an unmerciful amount of jest, with calls for him to receive the Freedom of the City, while others opined that he now has his "prepping done for Valentine's day" and was "always a sucker for the birds," while others cautiously warned that "swans mate for life".