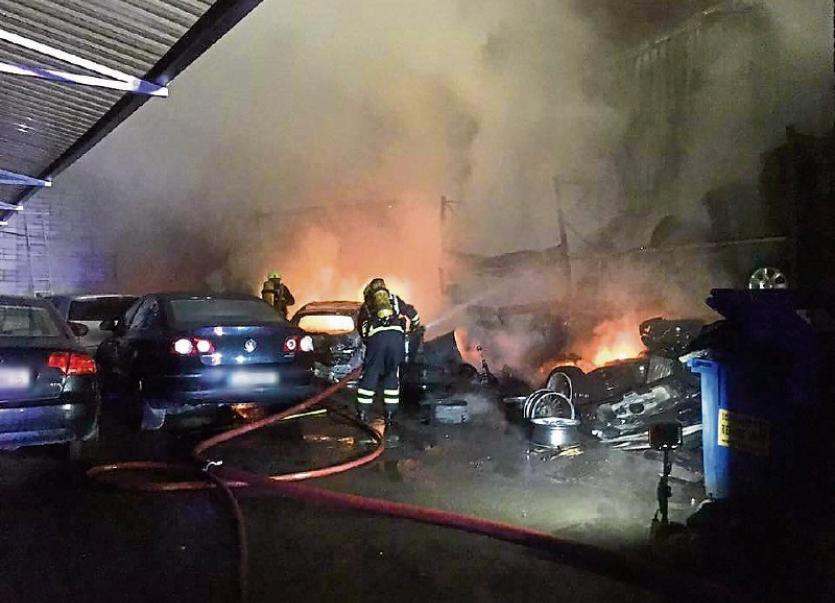 Limerick Fire Service battling the blaze at the car garage

FOUL play is not suspected following a fire at a commercial premises on the outskirts of Limerick city.

A number of units from Limerick Fire and Rescue Service were deployed to a motor garage near the Clear Circle Metals facility at Ballysimon Road shortly after the alarm was raised at 6.15am last Thursday. 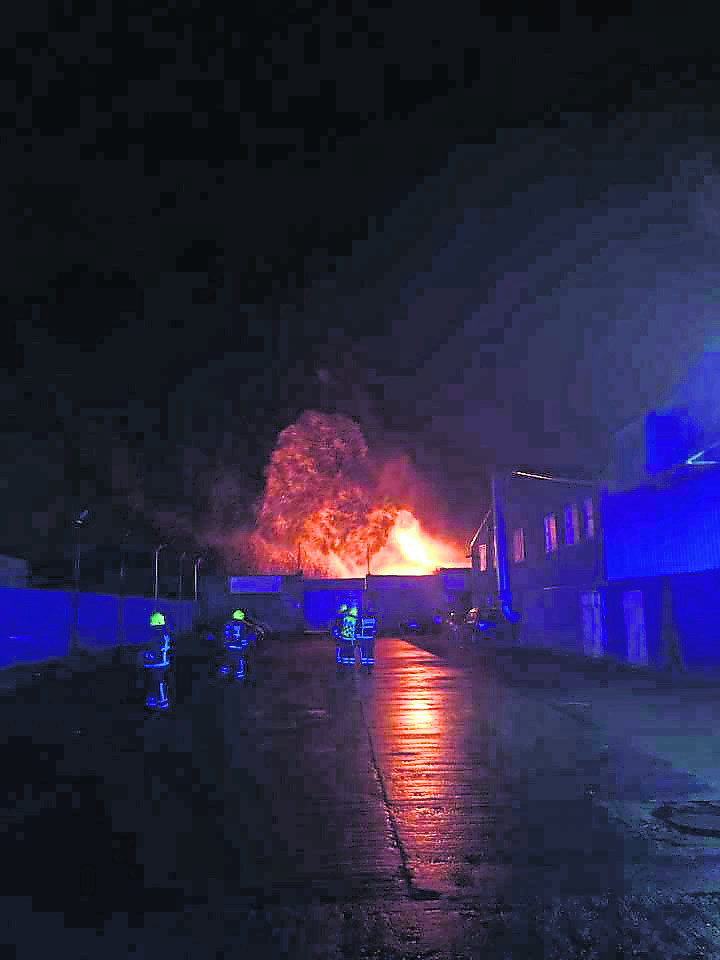 While the fire was quickly brought under control, crews remained at the scene for several hours afterwards dampening down the area. While gardai were alerted to the incident, it is understood they are satisfied fire broke out accidentally.

While there were several cars in the premises when the blaze erupted, the extent of the damage caused is not known.

There was nobody in the premises at the time and there are no reports of any injuries.