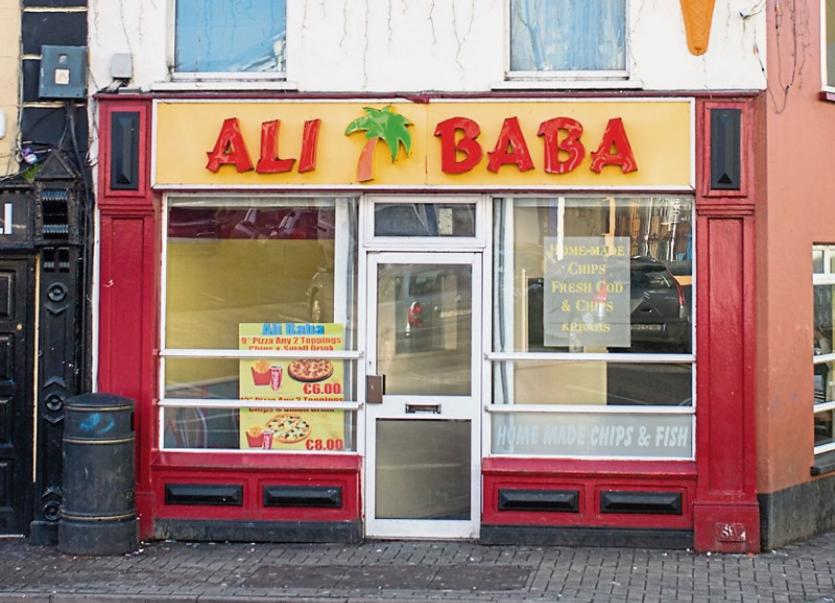 A RATHKEALE-based company which owns the Ali Baba restaurants in both Patrickswell and Rathkeale has been ordered to pay €18,000 to a former employee in underpaid wages.

The company was not represented in court to answer charges brought against it for breaches under the Employment Permits Act, the Organisation of Working Time Act, the National Minimum Wage Act and the Workplace Relations Act.

Alec Gabbett, solicitor, prosecuting, said there was an element of the phoenix about the company and explained that prosecutions had previously been brought against the Ali Baba for similar offences.

Labour inspector Eva Sobanski explained that employee Khalid Saeed Malik had an official work permit, under which he was to receive €481 for a 39-hour week, but she discovered he was only paid between €225 and €250. He was paid very irregularly, she said, €20 here and €50 there.

At times, the employer did make transfers of €200 to €250 to Mr Malik’s bank account but he would then be asked to withdraw them.

“You have to pay exactly what you say,” she explained.

The hours shown on rosters did not reflect the hours worked by Mr Malik, the court also learnt.

“He was working every day, seven days a week, opening and closing the restaurant,” Ms Sobanski said.

She also told Judge Larkin that false information had been given in relation to Mr Malik and another employee Margaret Harte.

“The records were not being kept in the prescribed form,” she said.

Employers and employees have to sign rosters but a number of rosters seen by her were not signed. In Ms Harte’s case, there was no record whatsoever of what hours she worked.

Ms Sobanski said she visited the premises three times when different people were working there. But these workers were not those named on the roster. The records were false, she explained and the company had failed to comply with requirements under the Workplace Relations Act 2015.

Evidence was also given that Nadia Wadood did not have a permit to work in Ali Baba’s but told Ms Sobanski she worked three hours a day, five days a week.

“She was not allowed to work in the State,” Ms Sobanski said.

After establishing that it was a company of limited liability, Judge Larkin remarked that “it is a form of indenture” where someone could breach all the acts, didn’t pay what he was supposed to pay and, filed fraudulent information.

She fined the company €2,500 for breach of the Minimum Wage Act and awarded back payment of wages of €18,000 to Mr Malik.

She imposed fines of €6000 on the two breaches of the Employment Permits Act and a further €1,500 for failing to keep records under the Organisation of Working Time Act.

A fine of €2,500 was imposed under the Workplace Relations Act for giving misleading information.

The “many egregious breaches of the legislation”, she said, were particularly egregious for the company’s employees, “especially people who are non-nationals and who were at the beck and call” of the employer and could lose their job or be deported.

“It is the type of thing that diminishes people, apart from denying their human rights. It is offensive to all people, never mind to lawyers,” she said.