Shanagolden canon thanks public for support after 'frightening ordeal' 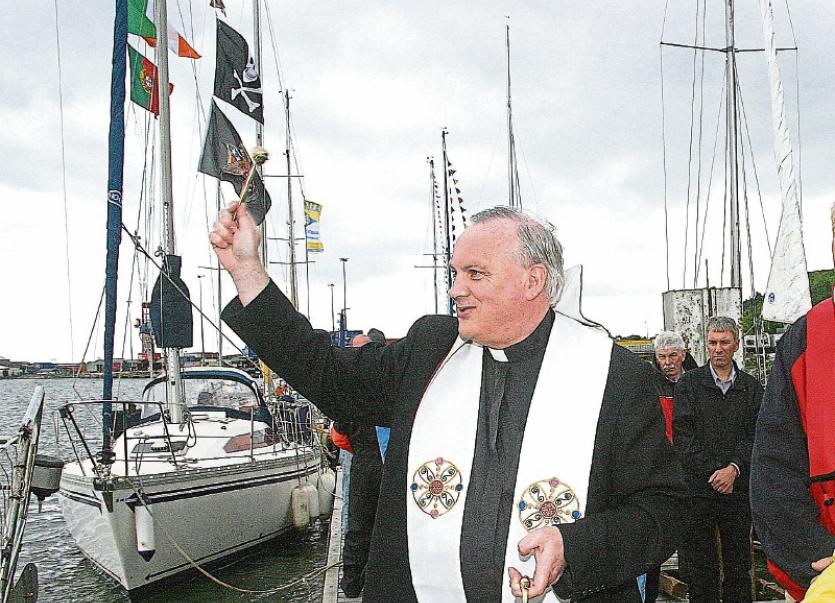 THE PARISH priest of Shanagolden has thanked those who have reached out to him after he was the victim of an aggravated burglary, which gardai have called a ‘frightening ordeal’.

Canon Tony O’Keeffe was locked into a room at his home by three intruders who then ransacked the house before escaping with cash and other items.

The cleric was approached when arriving back at the parochial house between 8pm and 8.30pm on the night of Wednesday, February 1.

“I’m enormously grateful to people for their kindness and generosity and interest for my welfare,” said Canon O’Keeffe.

The 72-year-old priest had just returned from saying Mass in Foynes on the evening. He was not injured during the burglary, but he said that he is still “a bit shaken”.

“Hopefully, time is a healer,” he added.

Canon O’Keeffe was locked into an upstairs room by the assailants after being forced to hand over money.

The culprits, three men, forced their way into the house and threatened the man, making away with a quantity of cash and a CCTV system from the house.

After the burglars escaped, Canon O’Keeffe managed to free himself and subsequently raise the alarm.

No arrests have been made in relation to the incident, but it is understood that gardai are following a number of lines of inquiry.

Meanwhile, they have renewed their appeal for information on the incident.

In the aftermath of the break-in, gardaí said that the three men were “described as mid-20s, of average height, and were all wearing hoodies".

“This must have been a frightening ordeal for the victim and gardai are appealing for any person who may have any information, or otherwise saw or observed anything of a suspicious nature, to contact Newcastle West garda station at 069 20650 or 1800 666 111,” said a spokesperson.

Niall Collins TD said that the incident “shows the degree of vulnerability of people living alone in rural Ireland”.