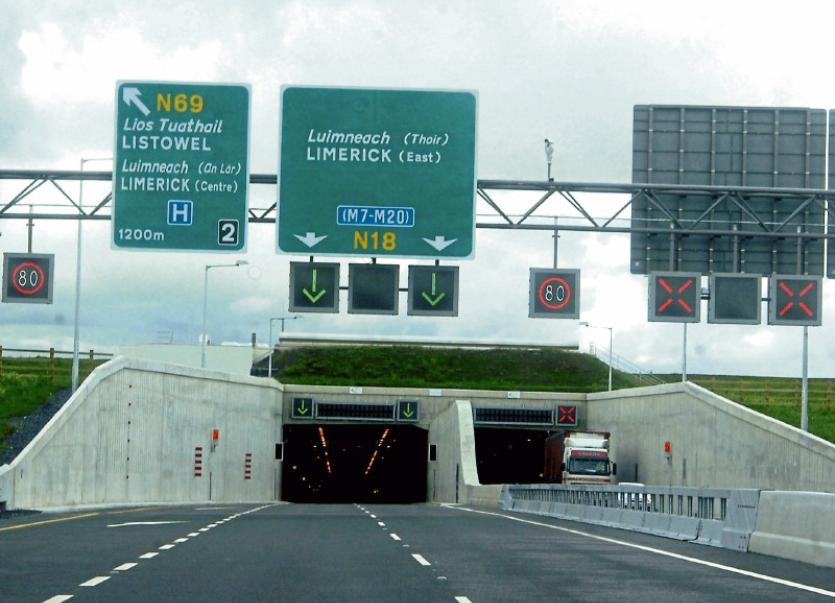 The entrance to Limerick tunnel

A MOTORIST who was prosecuted for careless driving after he was detected travelling at high speed in the Limerick Tunnel was fined €750.

Sergeant Kevin Bourke of the divisional traffic corps told Limerick District Court he was conducting a speed check at Coonagh West on the Clare side of the Tunnel at 12.44am on September 19, 2015 when he detected a 141 D-registered Nissan Qashqai  travelling at 139kph – 59kph above the limit.

The vehicle, he said, was exiting the tunnel and was travelling in the direction of the toll plaza when stopped.

Judge Mary Larkin was told the driver of the Qashqai – Paul Curran, aged 48, of Lisroe, Kilmaley, Ennis, County Clare – said he was returning home as he had flown into Dublin Airport from Switzerland earlier in the night.

Sgt Bourke – a qualified forensic collision investigator – said the offence happened in a 80kph zone and that the defendant offered no excuse to him on the night.

Addressing the court from the witness box, he said a vehicle travelling at 139kph requires a braking distance of 89 metres if the brakes are fully applied by the driver.

This, he said, compares to 29 metres in the case of a vehicle which is travelling at 80kph.

“The difference is the same as four articulated trucks,” he explained.

Solicitor John Herbert said his client was not disputing the evidence of Sgt Bourke but he asked the court to take into account that traffic in the area was light at the time of the offence.

Notingthe evidence of Sgt Bourke, Judge Larkin commented it was a “delightful situation” which could have been a lot worse.

“If if hits anything (while travelling) at 139kph somebody is dead of seriously injured.”

However, using her discretion the judge said she was willing to reduce the charge from careless driving to the lesser charge of “driving without reasonable consideration” for other road users.

While that offence attracts four penalty points upon conviction in court, there is no mandatory disqualification.

Noting that Mr Curran is working, Judge Larkin fined him €750.

She did not impose a driving ban.