Student, 19, in 'unprovoked' attack on first visit to Limerick

Cork teenager was 'in shock when I woke up in hospital' 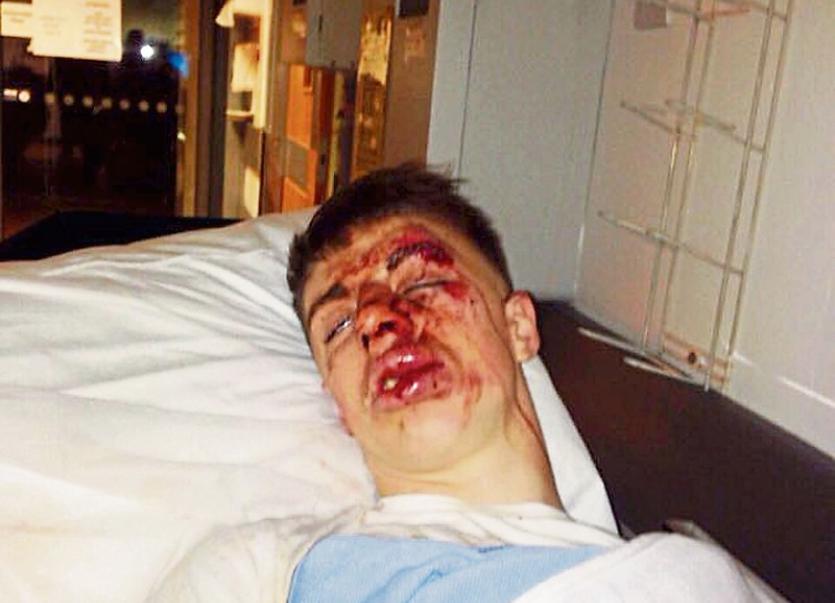 The student pictured at A&E in University Hospital Limerick

A MYSTERY tour to Limerick ended with a Cork student being hospitalised after suffering an “unprovoked attack” on his first visit to the city.

The 19 year old - who has asked that his name not be published - told the Limerick Leader that he woke up in the A&E unit at University Hospital Limerick at the weekend, unaware of what had happened to him in the early hours of Sunday morning last.

“All I remember is coming out of the nightclub and then waking up in hospital after being brought in by ambulance. I was told that I was found by a passer-by up a lane who rang an ambulance. If it wasn't for them it could have been a lot worse.

"I could have been possibly beaten to death. I was just in shock when I woke up in hospital,” he said, adding that he believed that any attack may have been "unprovoked" as he was told by staff in the hospital that a passer-by reported that he was being attacked by a "person" or "number of persons" and that he was on his own at the time.

The 19 year old posted the picture of his injuries on Twitter and it received a huge response. He has since made his account private.

The student had not filed a complaint with gardai in Limerick at the time of speaking to the Leader this week, as he was brought home to Cork directly after being released from hospital, said that he can’t remember that last hour or two of the night out.

He said that all he can remember is being separated from his group of friends in Angel Lane nightclub, and leaving the club to get a pizza in a nearby take-away. He remembers leaving the area, and said he then suffered a blackout around the time he was attacked.

The FAI football student travelled to Limerick for a friend’s birthday.

“I’m not too bad now I suppose,” he said. “I was lucky that nothing is broken, but my face is still swelled up and one of my eyes is still closed. I’m glad I can’t remember what happened, because if I did I could be traumatised.”