Call out for volunteers for 1867 Fenian re-enactment in Ardagh 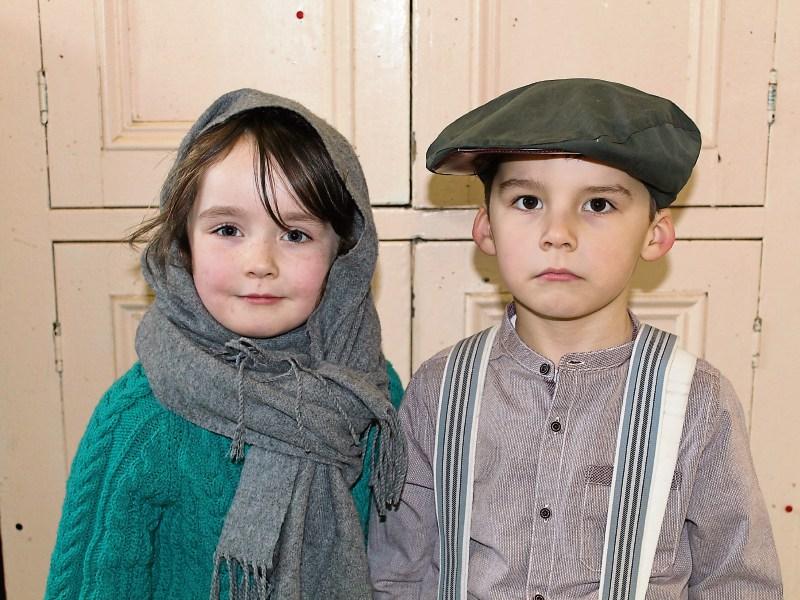 Ella Hough and Michael Meskell, pupils at Coolcappa NS, all decked out to play their part in the Ardagh Fenian Rising

THE call has gone out for volunteers to take part in the re-enactment of the Fenian Rising in Ardagh which is planned for Sunday, March 5.

But unlike the original Rising, where there were those who could keep secrets and those who tipped off the local constabulary, the plans for the re-enactment are all out in the open.

As many as 70 people were involved in one way or another  in the attack on the RIC Barracks in Ardagh in March, 1867, which co-incided with other military manoeuvres in Kilmallock, Kilteely, Cork, Dublin and Canada.

But the best local estimate for the actual sortie itself is about 40 men, armed with muskets, guns and locally made pikes.

And, says John O’Sullivan, chairman of the St Kieran’s Heritage Society which is master-minding the 150th Fenian anniversary, they hope to recruit about 40 men for the job, men who will be prepared to dress the part, march the road and act out the attack.

But all the schools in the area, Ardagh, Kilcolman, Carrigkerry and Coolcappa, are also getting involved, through art competitions, essay and poetry writing.

And all the schoolchildren are being encouraged to dress up in old-style costumes on Sunday, March 5 to view the re-enactment and also to participate in the old-style fair day being organised for that afternoon.

“We are hoping they, the children, will go home and talk about it to grandparents, ask them about using the scythe or sickle or walking to the well for water,” said Mary Kury, local historian and a member of the Heritage Society. They want children to understand the mindset of the time, of the why and how of the events that make up our history, she explained.

Mary herself is currently preparing a history of Ardagh for publication, a book which it is hoped will be launched later in the year.

Meanwhile, the chapter on the Fenian Rising in Ardagh has been published as a pamphlet and can be bought in local shops for €5. The money will help defray the costs of the weekend itself, the programme for which includes unveiling a plaque, holding a Rambling House, mounting an exhibition and staging an old-time fair-day as well as the Rising reenactment.

Commemorative pins will also be available and sold as part of the weekend of events.

Visitors from all over Limerick will be very welcome, Mr Sullivan stressed, and he has appealed to as many as possible to dress the part for the day and make it an occasion to remember.