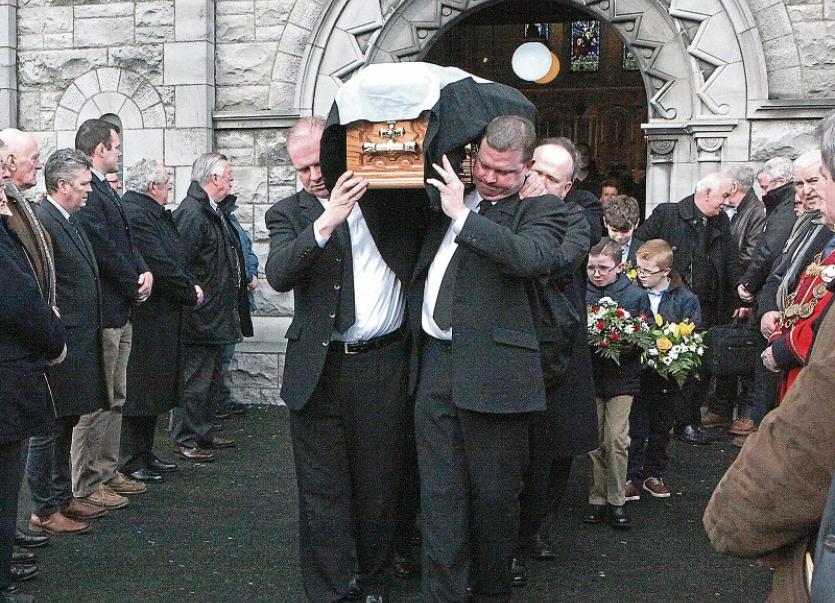 These were the emotional words by proud son Dermot, who warmly addressed hundreds of people from the pulpit at St Mary’s Church, this week.

Denis ‘Gus’ O’Driscoll, who served as Mayor of Limerick in 1971 and 1989, was laid to rest this Friday morning, after the funeral Mass which celebrated his successful life of politics, sport and business. 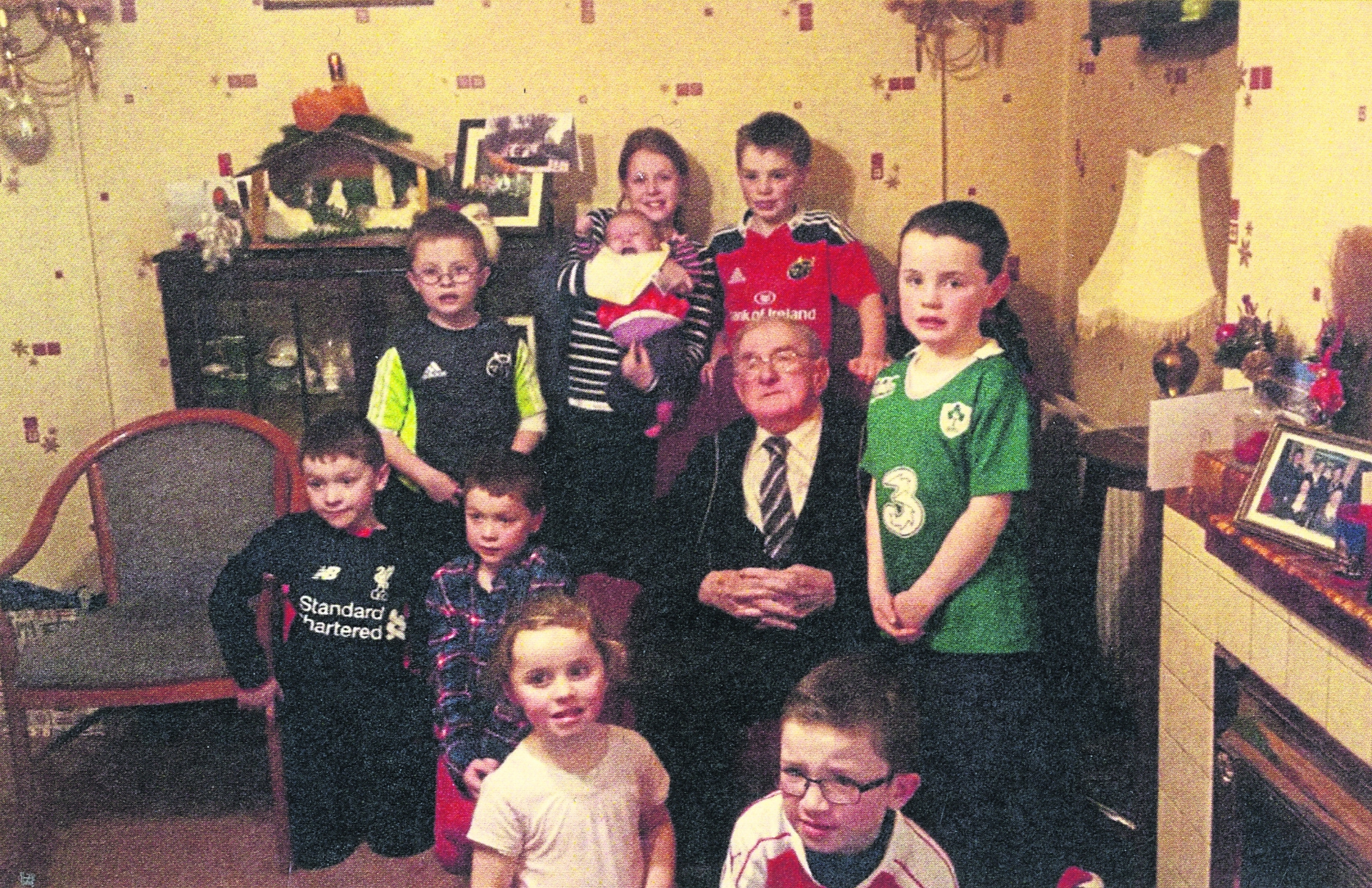 “The most fitting tribute I can make for Dad is that each of the grandchildren have so many memories of Dad, and they will grow richer and bigger as the years pass. One thing I have to say is that, in years to come, people will stop ye in the street and say: ‘I knew your granddad Gus, he was a proper and true gentleman.’ Thanks for everything, Dad,” his loving son said.

The coffin, which had the iconic Shannon RFC flag draped over it, departed the church as a chorus of loved ones within the church sang There Is An Isle. And on either side of coffin stood a guard of honour by Limerick City and County Council members and fellow members of Shannon RFC.

Attending the ceremony were oireachtas members, past and present councillors, and a representative for An Taoiseach Enda Kenny.

Speaking of his father’s long and fulfilling life, Dermot said that one of Gus’ greatest legacies was successfully running the popular Corbally Bar. 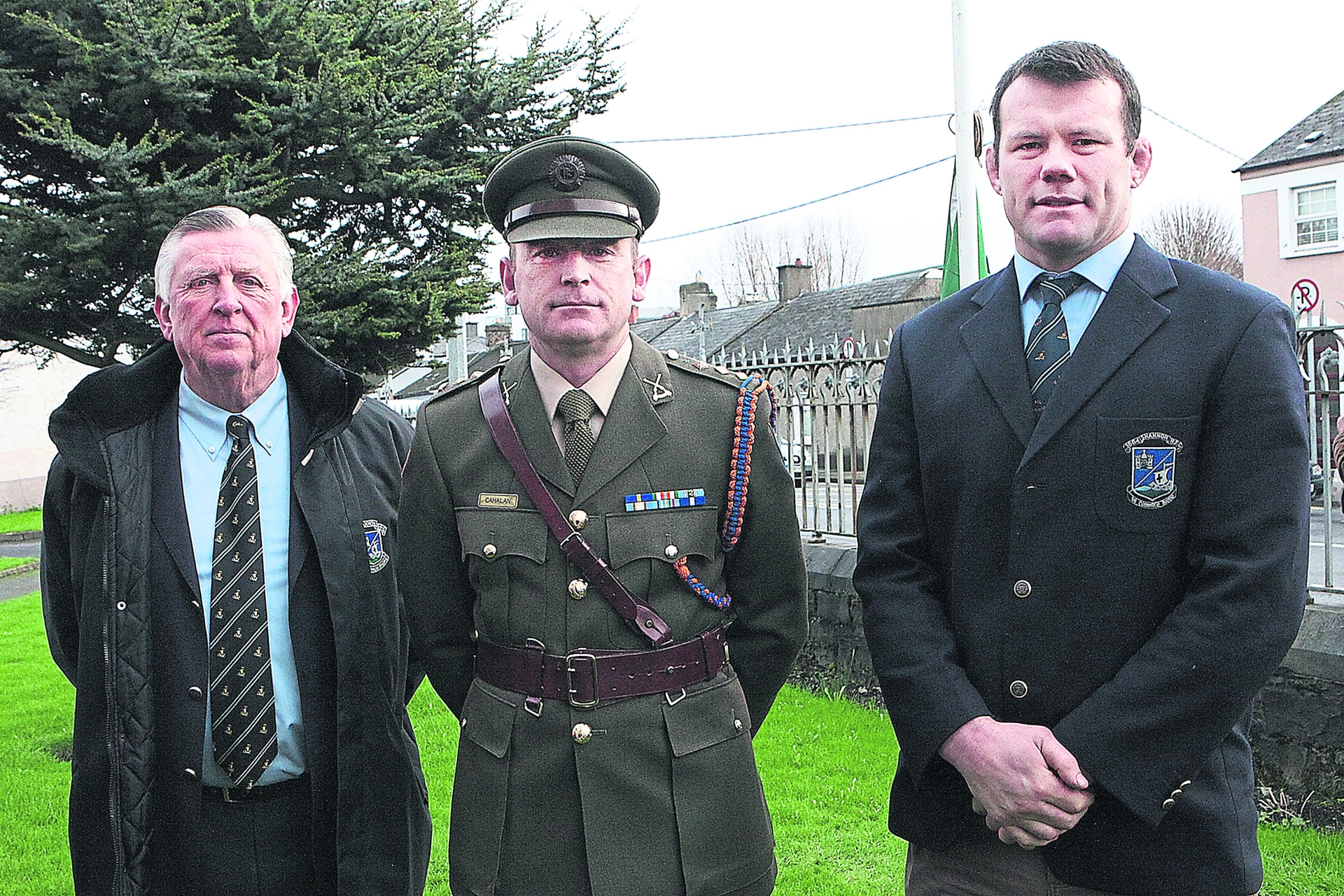 “And still only a teenager, Dad was entrusted with running the Corbally Bar after the sudden death of his father. Dad immersed himself, wholeheartedly, in this endeavour. And after years of his hard work, with Mam by his side, his legacy is, and always will be, the Corbally Bar we know today.

“He always made sure that his customers were comfortable, well looked-after, and he always made them feel very welcome. And on that note, I would like to invite everybody back after the burial to the Corbally Bar for a drink, and we can raise a glass and toast to the memory of Dad,” he said.

Gus is one of Limerick’s longest-serving public representatives, with a political career spanning almost 30 years, retiring from politics in 1999.

“And though Dad was a staunch Fine Gael man, he would put political allegiances to one side to make sure it was for the betterment of Limerick city.”

A member of Shannon RFC since the 1940s, Gus served as Trustee of the club and held the prestigious position of president of the Munster Branch.

“Fighting for senior status, securing funding for purchasing Athlunkard then realising a move for Coonagh would be better for the club, and also fighting to keep Shannon in Thomond Park, these were all major issues that Dad fought for.

“Last Saturday, when Dad was not well, Mary and Mam passed on the news that Shannon beat the Galwegians. It brought a smile to his face, and he just thought ‘Run along Shannon forwards, run along.’”

Dermot shared a little known fact about his popular father; that Gus was also an All-Ireland hockey champion, winning the Irish Senior Hockey Cup, with Lansdowne of Limerick beating Dublin YCMA 2-1, in 1955.

Thanking Dermot for his evocative, nostalgic speech — met with a tremendous round of applause — celebrant Fr Derek Leonard said: “As we celebrate Gus’ life, we are looking at a trail of light that he left behind.”

Gus’ daughter Mary thanked everyone for attending the Mass, adding: “I am sure that he is looking down with a big smile on his face.”

Two hours before the former Mayor’s burial, Limerick City and County Council convened a special meeting to pay tributes to the “Corbally legend”.

Mayor Kieran O’Hanlon, who served on the council with Gus for eight years, said: “He was a very, very proud Mayor of Limerick on two occasions. He was a great Limerick man, and he was very proud of the city he served. He helped the working class people of Limerick, and he did so quietly — he didn’t go around talking about it. But most importantly, he was a great family man, and a he was also a great rugby man.”

Cllr John Gilligan, who also served alongside the former councillor in the Ward 2 district, called the late publican an “extraordinary person”.

“He was very, very generous, both with his time and his money.”

“And a lot of people may have seen him as the quintessential Fine Gael politician, but he was anything but — he was a great man for the public.”

Cllr Bill O’Donnell said he used to campaign with Gus for more than 20 years in the East Limerick constituency.

“Going back to those days, Gus was a loyal supporter of my Uncle Tom during his years in Dáil Éireann and indeed the support was mutual. Gus was Tom’s proposer in many elections and this was reciprocated by Tom in local elections when Tom would propose Gus,” he said.

Labour councillor Frankie Daly said: “Gus was a legend in the Corbally area. I didn’t know him intimately, but I was proud to have met him through the years.”