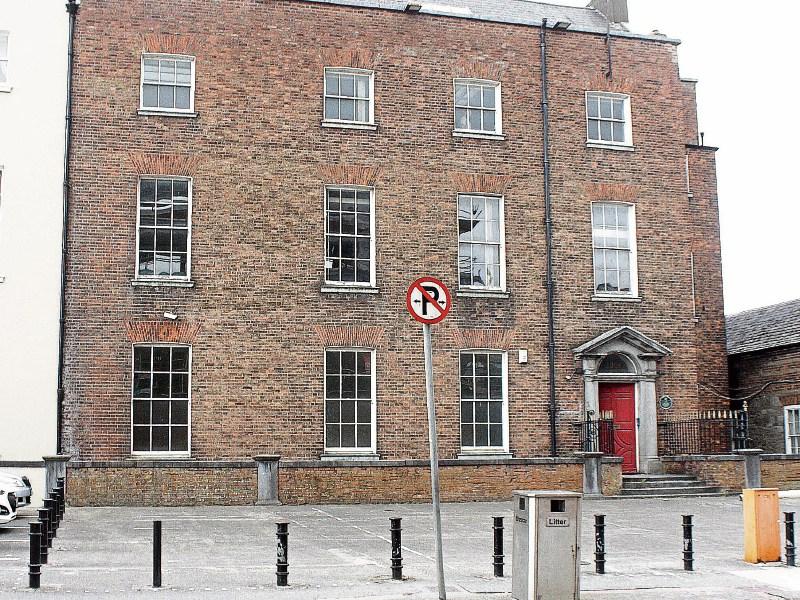 Objectors claim that the €40m skyscraper building would have ‘a significant detrimental impact’ on the Bishop’s Palace, Henry Street the former Bord na gCon headquarters

OBJECTORS to a proposed €40m skyscraper on Limerick's riverfront have said that the 15-storey project would have a “significant detri-mental impact” on the city’s rich historic character.

The developer behind the plan warned that the “whole project is in jeopardy” after three appeals were recently lodged with An Bord Pleanala.

On September 2, Kirkland Investments proposed to change the former Bord na gCon headquarters [Bishop’s Palace] to residential use at Henry Street; construct a commercial 15-storey complex at Lower Cecil Street and Bishop’s Quay; construct of a seven-storey residential building at Bishop’s Quay; and to demolish the former ESB premises on Cecil Street.

Meanwhile, Mayor Kieran O’Hanlon has called for a review of the An Bord Pleanala appeals process, saying that it can be “unnecessarily delayed”.

Irish Georgian Society’s Donough Cahill said it would have a “negative effect on the architectural integrity” of the Bishop’s Palace site and the adjoining house on Henry Street. He stated that it is against the council’s development plan, which aims “to protect the intrinsic character and scale of the city and the city skyline”.

He said that they believe the project “would have a significant detrimental impact on the character and setting of the two eighteenth century buildings”, and that it would “impinge upon the historically low-rise character” of Georgian Limerick.

Tom Moloney, who owns Squire McGuire’s Bar on Lower Cecil Street and lives on the floor above the premises, said that the project would “severely impact on my business and place of residence”. He said he supports the Limerick 2030 strategy and its plans for the city’s quays, but added that he did not feel the project was “in accordance with the strategy”.

Mr Moloney, who appointed a planning consultant who submitted observations to the council, said that the project will cause a loss of sunlight and daylight which “will have an adverse impact on my business and on the residential amenity.

He stated that it would “seriously damage the vitality” of a part of Lower Cecil Street; it would not “strengthen Limerick’s urban form”; cause “serious land use-transportation implications”; and there was “insufficient” attention given of the historic content of the site.

Ms Ní Cheallacháin, of Corbally, said that her “main concern is the 15-storey office juxtaposed with the Bishop’s Palace and the Georgian Grid”. She stated that the building in this location “will set an unwelcome precedent for the Georgian City”.

Howley’s Quay resident Brian Phelan expressed concerns over the height of the complex and “how it will overshadow and reduce natural light”. He said that development could be “a potential eyesore”. He added that it will “result in a hugely negative impact on the quality of life and standard of living” within his home.

Mayor O’Hanlon said that he supports the project and said that it “will enhance the city”. And though he supports “people’s democratic right to appeal”, he said that the process should be reviewed.

Mr Butler said that prospective tenants for the offices had a deadline of the middle of 2018 for handover, and that the appeal could push the project back to the middle of 2019. “These objections could now put us back a year, and we fear that the tenants we had lined up won’t wait that long and go elsewhere.”

He said that he was disappointed to learn that the matter is now going to An Bord Pleanala, after engaging with the objectors.

“Kirkland understands that they have right to object and thought we had dealt with their concerns after engaging with them. The real loser  in all this will be Limerick city, if this does not go ahead.”