Growth of airport is ‘crucial to region’s future' 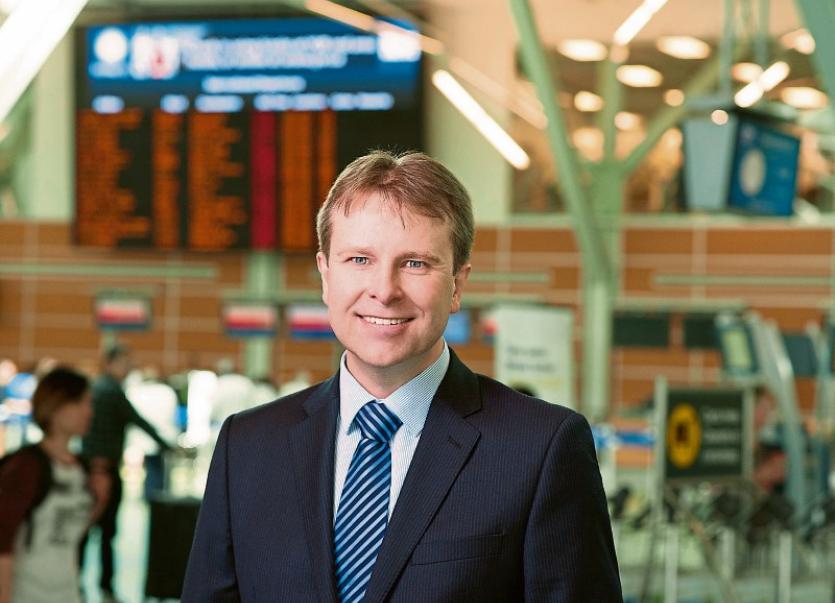 ALMOST half of all foreign direct investment in Ireland can be found within 60 miles of Shannon Airport, Shannon Group chief executive, Matthew Thomas explained when he addressed a full meeting of Limerick City and County Council about airport expansion plans.

But compared to other airports, the numbers living in the region is low. The figures for Shannon are 700-800,00 people while the figure for Liverpool is 7m, he said.

“Passenger numbers are a function of how many people live and work in the region,” he continued.

“We need to be very focused on bringing people into the region.”

He outlined some key points to achieve that: increasing inbound flights; focusing on routes with proven demand; targeting “business” routes with hub connectivity.

“Connectivity to  the States is pretty good but connectivity with Europe is not so good,” he said and the key lies with hubs such as Paris and Frankfurt.

“We are the mouthpiece of the region,” Mr Thomas said, adding that they were working to “instil confidence” in airlines that were risk averse to start new routes.

A new route is a bridge to a new market, he said,  and we need to recognise the opportunities for tourism.

“We’re working hard to get everyone to fly Shannon and not go up the road to Dublin,” he said.

But, he told the councillors, there was a need to look at what inbound visitors were getting,

Visitors from the US, Europe and Britain contribute €36m to the local economy, Mr Thomas said.  But Limerick loses out compared with  Clare, he explained, welcoming 79,000 visitors compared to 131,000.

“We need to focus minds on what we need to do to develop the Limerick tourism product,” he said.

The tourism product is brilliant but maybe not so well packaged, he argued.

“There is no doubt the trend is towards more frequent short breaks. We need to make tourism here very very easy for people,” he said.

Short break customers generally don’t hire cars and easy access is crucial. If people fly into Shannon they are highly likely to stay in the Shannon Region, the  West or the South West, he argued.

“In-bound customers don’t really see county boundaries. They see it as the West. How we market ourselves will be important.”

Mr Thomas also spoke of Shannon Group’s progressive role in developing its property portfolio and of the risks facing the airport at macroeconomic level such as Brexit.

The growth of Shannon Airport is crucial to the region, he said. But a regulatory framework is required to ensure improved connectivity outside Dublin where a new runway is expected by 2020.