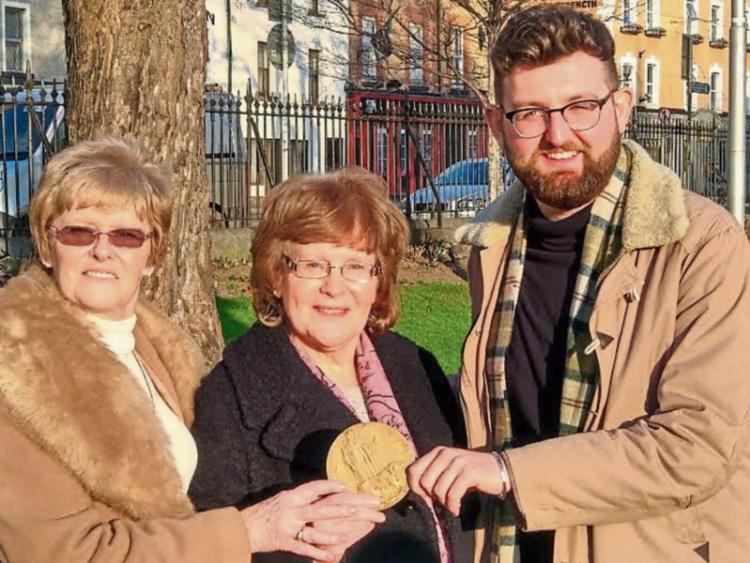 FOR decades, a plaque in memory of a Limerickman who died when a ship destined for Canada sank off the Irish coast, has rested in a drawer in Castleknock in Dublin.

After years of detective-like searching online by two different families, the plaque bearing the name of Limerickman Thomas McGarry, has now been returned to his rightful family, after it was dug up from a garden in Clancy Strand half a century ago.

It is their only physical connection with a grandfather they never knew, and for whom there is no grave to visit, as his body was never recovered.

On January 25, 1917, McGarry, a fireman, was on board the HMS Laurentic, which sunk while travelling to Canada. 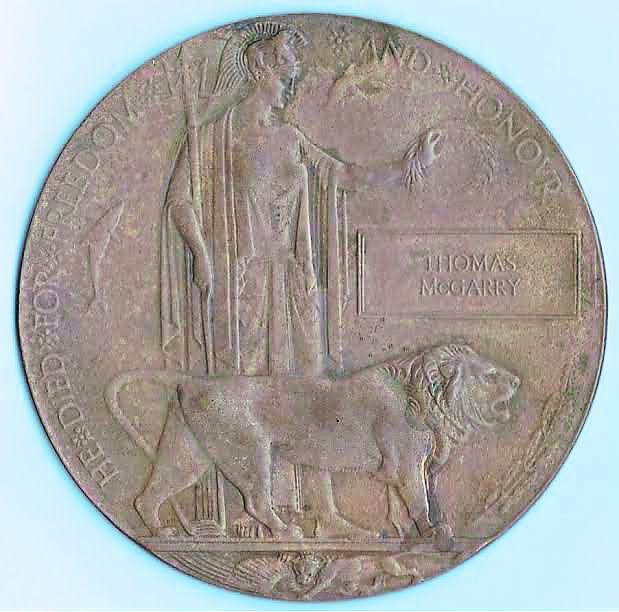 A number of crew members onboard were suffering from yellow fever, and the captain directed that the ship be pulled in to Lough Swilly, Donegal.

The vessel, built in Harland & Wolff in Belfast in 1907 to sail between Liverpool and Quebec, struck two mines near Lough Swilly on pulling out again, and sank in less than an hour.

A sister ship of the Titanic, both had the same origins, with a sudden, tragic end to their respective courses. McGarry was one of 354 passengers and crew who lost their lives.

Decades later, a bronze memorial plaque was dug up by Tom Murphy - who claimed the title of Ireland’s champion pole-vaulter in 1937 and 1939 - in the garden of his home in Limerick’s Clancy Strand.

It fell into the possession of his daughter Helen Murphy, and within the past decade her son Killian Downing, from Castleknock, an assistant archivist in the National Gallery of Ireland, began researching its provenance and links to McGarry’s next of kin.

He posted the story on Europeana 1914-1918, a digital archive of sharing stories and items relating to World War One.

Three grandchildren of McGarry – Yvonne O’Connor in Caherdavin, Niall McGarry in the UK and Hugh McGarry in Australia, discovered the story on social media, and managed to track down Killian’s contact details via LinkedIn.

The plaque was returned to them in Dublin last weekend – just before the centenary of his passing. “It was really exciting for them; they just couldn’t believe it,” said Killian, who examined Census and military records in his search to find McGarry’s relatives.

“It was thrilling to be able to return this to them, and for the family it was hugely emotional as it’s their only physical connection to their grandfather.”

Speaking to the Leader, McGarry’s grand-daughter Yvonne O’Connor, said: “This has all happened in the past two weeks – and the fact that it’s the month of January [when he died] and the centenary as well. It has been so exciting, but all the coincidences recently have been uncanny. I just can’t believe it.”

Remarkably, her son Thomas Junior, the father of Hugh and Niall McGarry, served as a Chief Petty Officer on a minesweeper during the Second World War and survived being torpedoed by a German submarine, losing only a toe.

At the time of its sinking, the ship was carrying 35 tons of gold ingots for the payment of war munitions. Much of the gold was recovered by Royal Navy divers, who made over 5,000 dives to the wreck between 1917 and 1924. But at present, 22 bars of gold remain unaccounted for on the sea bed.

The Laurentic’s crew and passengers are commemorated in memorials at St Mura's Church, Fahan, Donegal and the Plymouth Naval Memorial, UK.