Three Limerick teachers thanked for over 100 years in the classroom 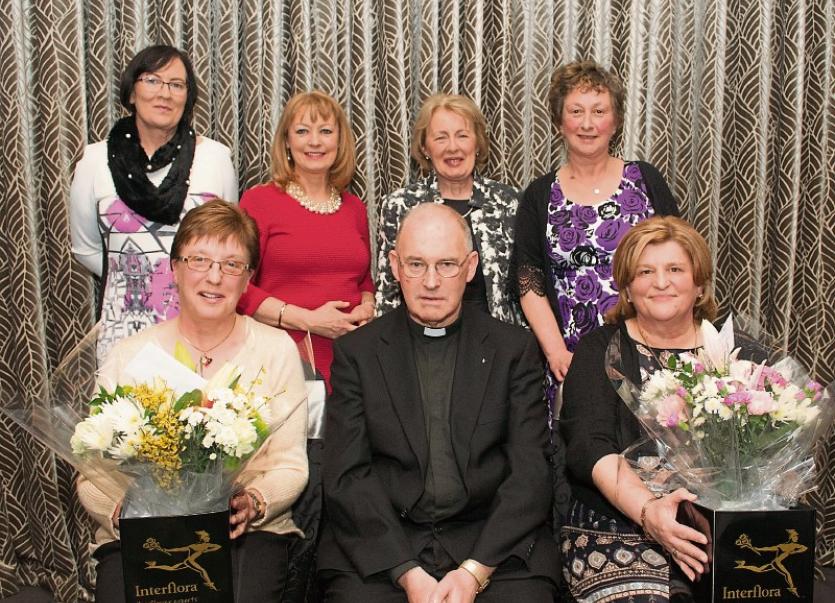 THREE retiring teachers in east Limerick have been thanked for moulding thousands of pupils in their long careers.

The local branch of the INTO held a function in the Castletroy Park Hotel to mark the retirements of Antoinette Darcy, Scoil Chaitriona,Cappamore; Margaret Moynihan, Caherelly NS and Br James Dormer, Doon CBS. They were joined by colleagues, friends and INTO members.

Emma Dineen, ex-president of the INTO, praised their dedication to the children in their care and made a presentation to each one. Ann Horan, Limerick and Kerry INTO representative, spoke of the contribution the three teachers had made inside and outside of the classroom.

“These teachers have seen many changes since they set out on their careers. However, they have devoted themselves to providing the highest standards in an ever-changing world,” said Ms Horan.

Ms Darcy started in Tineteriffe NS, Cappamore in 1978. She taught junior infants, senior infants, first and second classes. Her Friday raffles have gone down in history and grown men have been known to come over all nostalgic when those raffles are mentioned. Wasn’t it an amazing coincidence that lady luck smiled on every child in the class!

In 1999, Ms Darcy became one of the first resource teachers in the country in the Convent School, now Scoil Chaitríona, Cappamore. In 2009, she trained as a reading recovery teacher which was perfect for someone with a passion for reading.

Ms Darcy’s wonderful sense of humour, witty words and listening ear are what those lucky enough to have been taught by her, and her colleagues, will remember.

Br Dormer was the last Christian Brother teaching in County Limerick. At the time of his retirement he was the longest serving teacher in the country with 46 years completed.

Born in Dublin, his first post was in Wexford in 1970. In 1974, Br Dormer began teaching in CBS Sexton St and though he finished there in 1980 he was an ever-present figure – sitting on a wide range of boards and assisting in a vast array of positions. In 1980, he was appointed principal of Lismore CBS. After 13 years it was back to Limerick and Doon.

Br Dormer fostered the education of the local boys in religion and hurling, as well as the curricular subjects. He will be gone but in no way forgotten as the example he set through his teachings has moulded the lives of thousands.

Ms Moynihan’s first role was in her alma mater –  Presentation Convent School in Sexton Street – in 1977.

After 23 years in the city she moved to Caherelly NS. Ms Moynihan embraced every new technological advance with enthusiasm and set high standards of academic achievement for herself and her pupils.

Yet, a lifelong love of traditional music, sport and history, resulted in a well-balanced approach enabling pupils of all interests and abilities to experience success. Ms Moynihan is held in the highest of regard by parents and pupils.