Garda chief says drink driving is a problem in Limerick 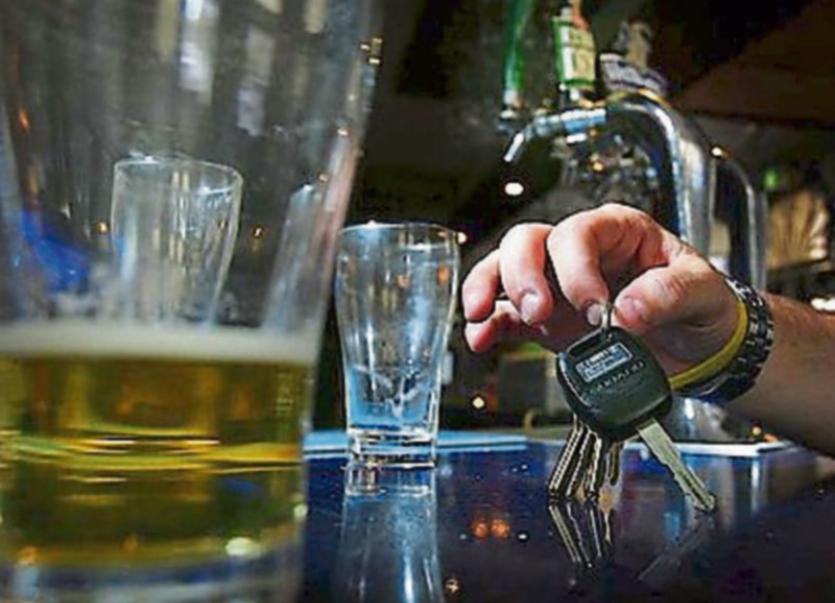 There were 386 drink-driving detections in Limerick last year

THE head of the divisional traffic corps in Limerick has described the increase in drink-driving detections as a “problem” which needs to be addressed.

Inspector Paul Reidy made his comments as provisional figures released in the Dail this week show there were 53 detections in the Limerick division between December 1, 2016 and January 8, last.

There were 386 detections in Limerick last year compared to 352 the previous year (an increase of 9.7%).

“It’s nearly double, the increase is quite substantial,” he said adding that alcohol was a factor in a number of fatal accidents in Limerick last year.

“The trend in relation to people’s attitudes is worrying and it is going in the wrong direction. People are prepared to go out on the road under the influence of alcohol and possibly drugs and put lives at risk,” he said adding that the number of pedestrians who have consumed alcohol is also a concern for gardai.

“If people choose to live in the country they need to be mindful of that and need to make alternative arrangements to get home and they should be wearing reflective clothing or high vis jackets if walking on rural roads at night,” he said.

The Courts Service of Ireland has also confirmed that more than 600 drink-driving prosecutions came before courts in Limerick during 2016.

The figures show 482 cases came before Limerick District Court, 93 at Newcastle West Court with 28 at the Kilmallock Court.

In addition to drink-driving, Insp Reidy says gardai are concerned about excessive speeding and the non-wearing of seatbelts by passengers.

“Inappropriate speed is the most influential factor in the cause of all or most road traffic fatalities,” he warned.

Another area which will be targeted during 2017 is the use of mobile phones by drivers.

“It’s an enormous distraction to drivers if they are texting on a mobile phone. You can’t be looking at the road and texting on a mobile phone at the same time - if you’ve ever tried it it’s nearly an impossibility and you are taking your life in your hands,” he said adding that Operation Handsfree which was rolled out in Limerick last September was a major success.

When asked about uninsured drivers, which has made considerable headlines nationally in recent week, Insp Reidy said those caught in Limerick are being charged and brought before the courts.

“We are detecting quite a number of people who are driving without insurance. They are all being prosecuted before the courts and it is up to the courts to determine the appropriate sentence or penalty,” he said adding that a “considerable number of people” were caught driving while disqualified during 2016.

“When we come across them we charge them and we bring them to court,” he said.

Looking to the year ahead, the priority of gardai locally will be to reduce the number of fatal collisions.

Of those who died following collisions in 2016, half were drivers, three were pedestrians, three were passengers and one was a motorcyclist.

“We came from a very black place in 2009 when we had 23 fatalities. Since 2009 it had fallen steadily until last year when it went back up into double figures,” said Insp Reidy.

Worryingly, the number of serious injury collisions increased from 19 in 2015 to 24 last year.