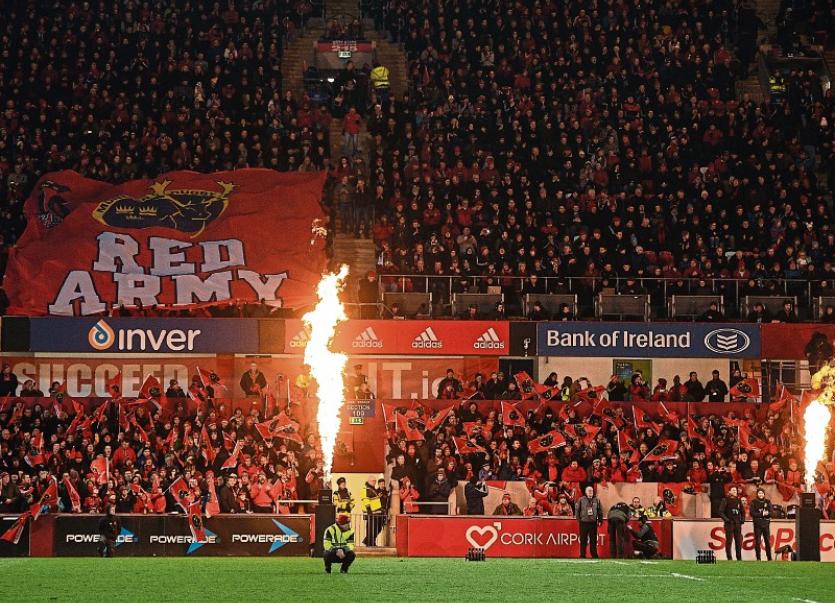 MUNSTER will face Toulouse in Thomond Park on Saturday, April 1 in a 5.45pm kick-off, it has been confirmed.

The province will meet the French aristocrats on a Champions Cup Super Saturday that also includes the earlier game between Leinster and Wasps at the Aviva Stadium, set for 3.15pm.

The Saturday evening slot for Munster’s quarter-final, which will be a sell-out well in advance, is seen as the best of the four available fixtures in economic terms for Limerick, which should see an estimated boost of some €10m from the game, according to previous studies.

Saracens will face Glasgow at 1pm on the Sunday – with the winner to face Munster. If Glasgow win that tie and Munster beat Toulouse, the men in red will travel for an away semi-final. If Munster and Saracens win, Munster will be faced with a juicy home draw in the semi-final – likely also in the Aviva.

ASM Clermont Auvergne and RC Toulon meet in the other quarter final at 4.15pm on April 2.

The scramble for tickets for Munster’s knock-out clash with Toulouse has already begun, and the province has confirmed that ticket allocations will go to “10 year ticket holders, clubs in the region, the Munster Rugby Supporters Club, contractual obligations and the visiting team”.

Mayor of Limerick Kieran O’Hanlon said the home quarter-final tie “means a lot in economic terms for Limerick city and the Mid-West region.

“Thomond Park can expect a capacity crowd for the home quarter final on the weekend of the first weekend in April. This will undoubtedly mean a boost for the hospitality sector – from hotels to restaurants to bars.

“Limerick is 100 per cent behind Munster Rugby on their march to the finals in Edinburgh and we wish them every success.

“The people of Limerick I know will give the supporters from Toulouse a very warm welcome when they arrive here and I wish them an enjoyable weekend in Limerick,” he added.

Chamber CEO James Ring said the knock-out game was “another great opportunity for the city to put its best foot forward in front of a huge national but also international audience”.