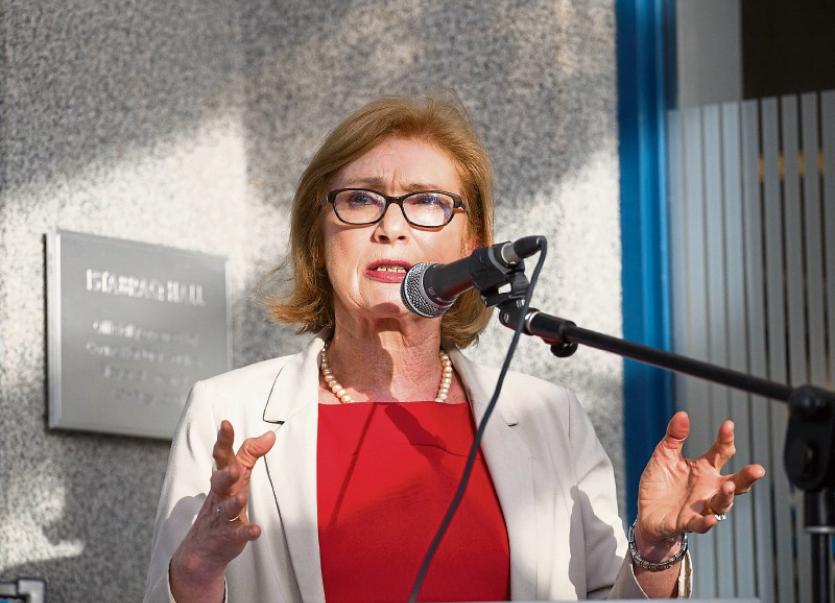 LIMERICK City and County councillors agreed on a motion this week calling on Minister for Health Simon Harris to “commit to a date” for the opening of the new emergency department at University Hospital Limerick.

Labour TD Jan O’Sullivan brought up the opening of the A&E in Dáil Éireann recently, asking for "straight answers” with regards to its date of operation.

She said that it was a “matter of life and death” that the new facility open on time.

The council motion, proposed by Sinn Féin councillor Malachy McCreesh, also called on the Minister to ensure that there will be sufficient staff to operate the new emergency department.

It was, Cllr McCreesh said, about keeping pressure on the Minister to provide the funding.

“This motion needs to continue coming before the council,” party colleague Cllr Seighin O’Ceallaigh said. The project should not have taken the amount of time it did, he argued.

“It is not just good enough to have it up and running. We need to make sure it is operating properly.”

“We need to know the date,” he said at the full council meeting this Monday.

The A&E was a big issue during the election campaign, Cllr John Sheahan FG said. But he cautioned that unless step-down facilities were also improved, the problems arising out of overcrowding at A&E would not be resolved.

“People should be brought back to local hospitals for recuperation,” he said.

But Cllr Cian Prendiville AAA warned that the new A&E on its own would not solve the problem. The units in the outlying hospitals need to be re-opened also, he said.

Deputy O’Sullivan, addressing Minister of State Helen McEntee in the Dail, said that the Government had “consistently avoided” confirming the date of the opening.

She said that she felt that this was more to do with a lack of funding than the recruiting of new staff.

UHL aims to recruit an additional 93 staff for the new A&E, which is due to open in May 2017, subject to a successful recruitment campaign and funding, a spokesperson said.

“Patients and staff in the emergency department at University Hospital Limerick have been squashed into a space that is not fit for purpose. The hospital's trolley figures have been among the highest in the country for months," Deputy O'Sullivan said.

“This will not solve all the hospital's problems with capacity and bed numbers, as these problems are shared by all hospitals, but a new department would provide space and dignity for patients and a decent working environment for staff.”

Minister McEntee said that she commends “all of the staff at the hospital and those working in other emergency departments which are currently under severe pressure”.

The Minister said that an additional €1.4m has been allocated to the running of the A&E.

Following this, Deputy O’Sullivan questioned if the additional €1.4m was sufficient for the running of the A&E until May 2017.

“If not, we need an additional allocation. As I said, because of overcrowding in this unit, there is terrible suffering by patients and staff.”

Recently, 36 new additional beds were announced in a number of hospitals in the Mid-West to help alleviate high overcrowding. There were 44 people on trolleys in UHL this Wednesday - a return to the highest levels in the State.