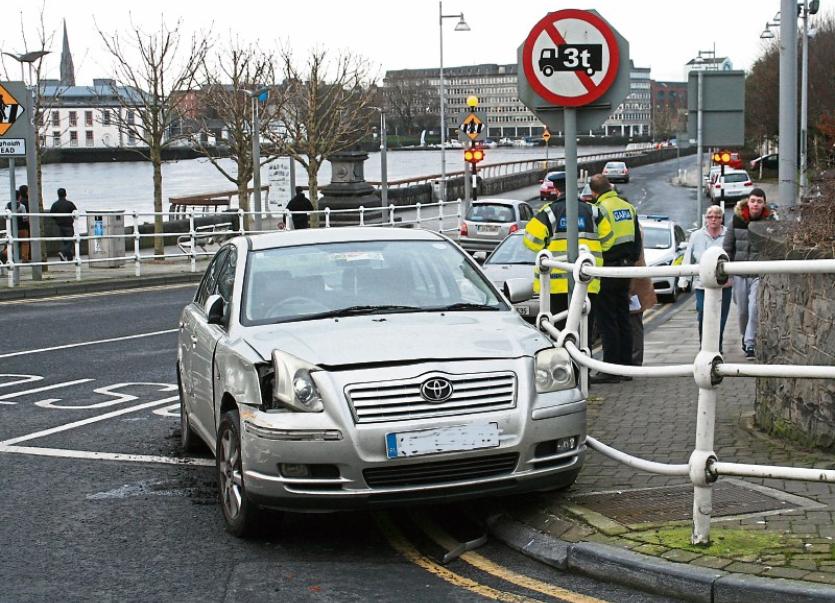 TWO PEOPLE are being treated at University Hospital Limerick following a road traffic collision involving a Bus Éireann vehicle and a car in the city this Tuesday afternoon.

The Limerick Leader understands that a vehicle with two passengers collided with a bus travelling in the same direction, leaving Clancy Strand towards Thomondgate. At 3.06pm, emergency services were called to the scene.

According to a witness, the vehicle was “pinned” against badly-damaged railings outside St Munchin’s Church. 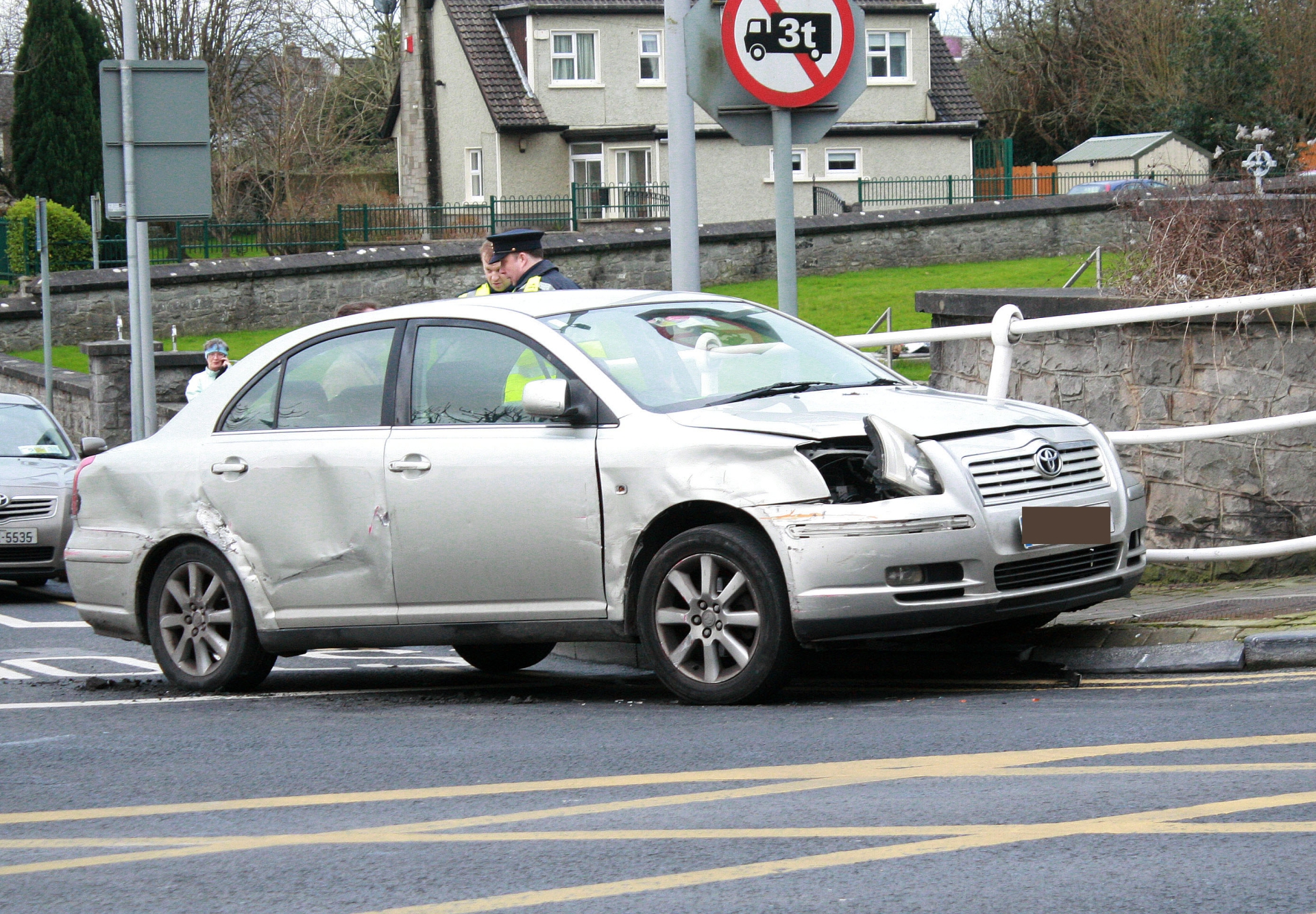 The two passengers were taken to University Hospital Limerick “as a precaution”, and it is understood that their injuries are not serious.

Limerick Fire Service left the scene at around 3.40pm. 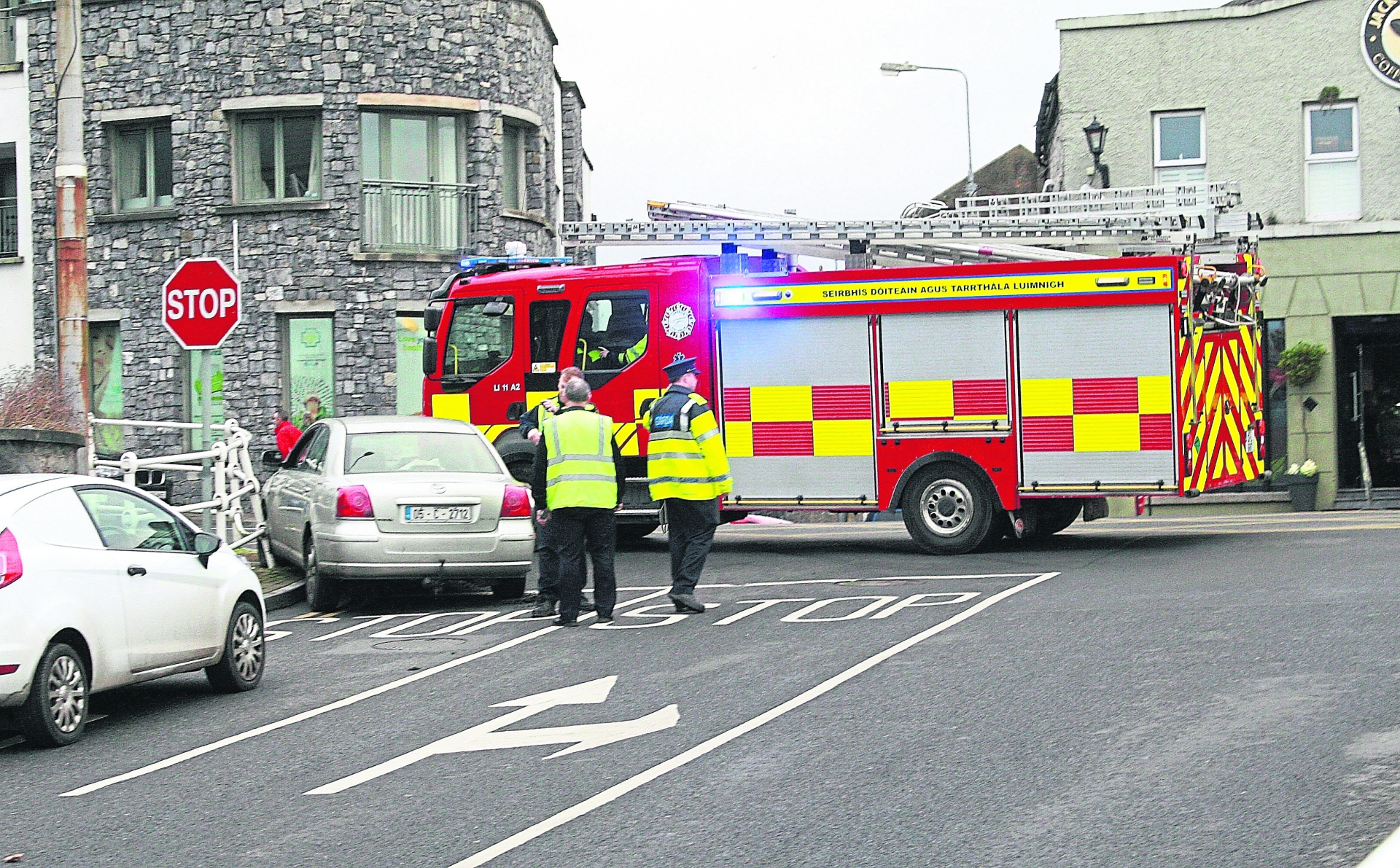