Limerick Person of the Month: Board is driving innovation for Limerick 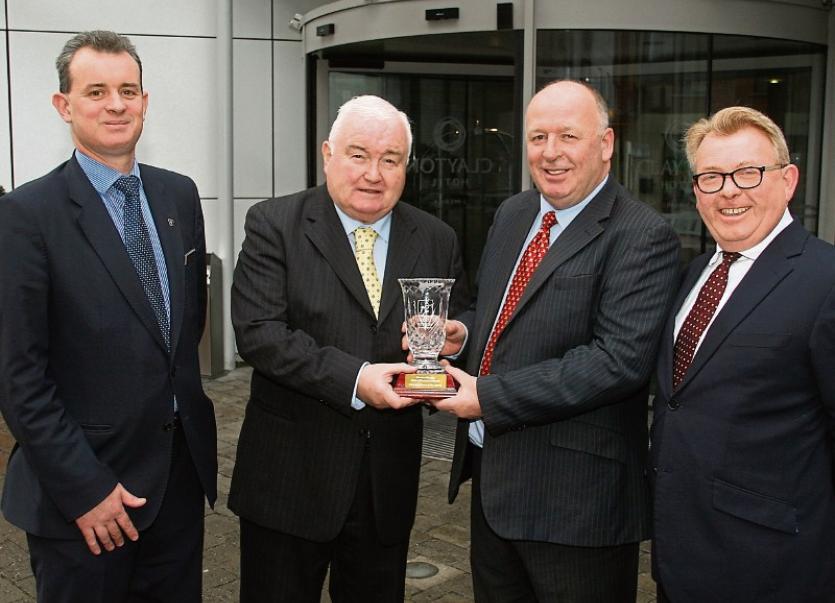 THE CHAIR of the board of Innovate Limerick, Eamonn Murphy, has been named the Limerick Person of the Month in recognition of the board’s work in ensuring that the city and county are seen as one of the most attractive locations to start and grow a business.

Innovate Limerick was established by Limerick City and County Council to help drive innovation and act as thedelivery mechanism for the projects outlined in the Limerick 2030 Plan and the Limerick Regeneration Implementation Plans.

It is a public-private partnership company whose board is made up of key partners from the private sector together with elected members and representatives from LEDP, LIT, UL, EI, Tait House Community Enterprise, LCETB, Limerick Chamber and Limerick Regeneration.

“The initial aim was, as it says on the tin - to be innovative as regards Limerick, to make it more job friendly and more user friendly. It has achieved an awful lot in a very short space of time,” said Eamonn of Innovate Limerick, after being presented with the Limerick Person of the Month award at the Clayton Hotel Limerick on Monday.

Eamonn, who is a former professor of statistics at the University of Limerick was invited by Conn Murray, CEO, Limerick City and County Council, to become chairman of the Innovate Limerick board around three years ago.

Innovate Limerick’s base is located at LEDP on Roxboro Road in the city.

“We want to bring new businesses into the city centre and new start-ups. We are not a development company – we don’t give out grants, but anybody who has any smart idea or anything that will make Limerick more attractive or innovative, that is what we want to do.”

One of Innovate Limerick’s core objectives is to work with key stakeholders to develop Limerick’s business ecosystem and position Limerick City and County as one of the most attractive locations to start and grow a business.

The General Motors success story in Dooradoyle is an excellent example of Innovate in action. Mike Cantwell, CEO, Innovate, worked tirelessly to help GM accelerate the accreditation process, to refurbish training facilities in the Granary and to provide early temporary accommodation.

The Detroit-based car manufacturer, which owns brands like Opel, Cadillac, Buick and Chevrolet, currently rents office space at the local authority buildings near the Crescent Shopping Centre and this week councillors sanctioned proposals which could see it double the number of people it employs in Limerick to 200.

Innovate wishes to repeat the GM story with WP which hopefully will transition into the Hanging Gardens location, Eamonn explained. He paid a particular tribute to the council’s deputy CEO Pat Daly, “without whom Innovate could not deliver on its mandate”.

Troy Studios which is based at the old Dell building in Castletroy is a major film production hub  which, it is anticipated, will result in 750 full time equivalent jobs directly within three years with the potential for hundreds of indirect spin off jobs from sub-supply businesses including construction, accommodation, hospitality and IT.

Last year, Minister for Housing, Planning, Community and Local Government Simon Coveney announced that the Biblical Centre on Dominic Street had been purchased to create a new training area for the film industry.

Innovate Limerick acquired the Rathkeale site on behalf of the council following the closure of the Andersen jewellery manufacturing plant with the loss of 170 jobs.

“We bought the property and put it back into use. And now there are more people employed there than there was originally. One of the more successful companies there is DesignPro. They have a third of the building taken. That’s a classic example of what we want to do,” added Eamonn.

In 2014 Innovate Limerick purchased a 30,000sq ft premises on three acres at Kantoher, also in West Limerick, to provide additional enterprise space to businesses in the region.

“Innovate Limerick have also invested heavily in Kantoher and we hope to extend that premises and have tenants into it by June of this year,” Eamonn explained.

The Innovate board meet up at least once a quarter and they try to move the meetings to locations around the county.

“The second last meeting was held in Croom at the development centre and the next meeting will be in Ballyhoura. The aim is to get out as far as possible into the county,” said Eamonn.

When questioned on his views of Limerick becoming Ireland’s second city, he said he believed it was “aspirational”.

He is married to Marie and the couple reside in Rhebogue. They have five children - Valerie, an internal audit manager with Campbell Bewley, Brona, a research lecturer in the College of Surgeons, Lisa, a senior lecturer in Medical School UL,  Frank, an accountant with Eir and Marese who teaches in Scoil Íde Corbally, where her mum Marie taught for many years.

The Limerick Person of the Month award is sponsored by the Limerick Leader, media agency Southern and the Clayton Hotel.