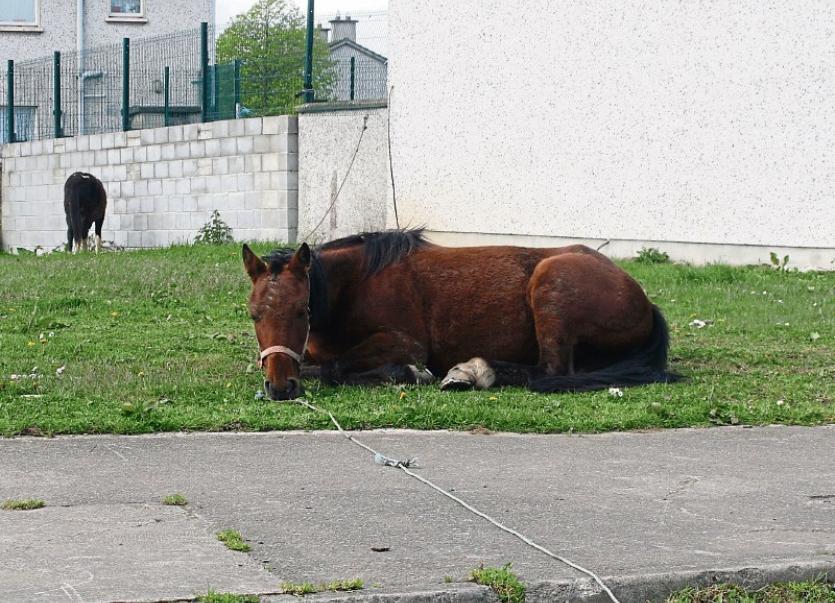 LIMERICK City and County Council has estimated that it will spend €475,000 on horse control in 2017, a 14% reduction on last year’s figure.

The information was requested by Sinn Féin councillor Séighin O’Ceallaigh, ahead of the metropolitan district council meeting, held at Limerick City Gallery of Art in Pery Square, this Monday.

Council executive Kieran Lehane, who is responsible for the metropolitan district, said that 80% of horses seized were in the city.

“It is important to note that this is a demand-led service where the council responds to representations from members, the public and the gardaí to the incidences of straying horses. As a result of this, it is difficult to accurately forecast the likely demands for this service. It should be noted that the council and the members will explore possibilities in 2017 that could mitigate the number of stray horses and costs associated with same,” Mr Lehane said.

Cllr O’Ceallaigh said that he acknowledges the “significant” drop in spending, but the problem “hasn’t gone away”.

“The spend on the seizure of horses is still coming from the taxpayers’ pocket, and could go to much better use. The Horse Control Committee is currently up and running, following my long battle to have it re-established, and I hope some real progress can be made this year with visits to up and running horses projects, as well as consultation with other local authorities.”

He said that the Department of Agriculture needs to step in and “start pulling their weight, as well. Responsible horse owners are having their reputations tarnished, by people who seem to have little or no regard for law and order, or animal welfare. There are many horse owners throughout the county who look after their animals, and are responsible owners, said the councillor.

“If animal owners, whether it be horses or cattle or poultry, step a toe out of line, then the Department would be all over them, so why is the same not happening with horses being kept in the city? Tackling this issue is a constant drain on the Council’s resources, and the Department needs to step in and play their part as well.”