Group intend to appeal the determination to An Bord Pleanala 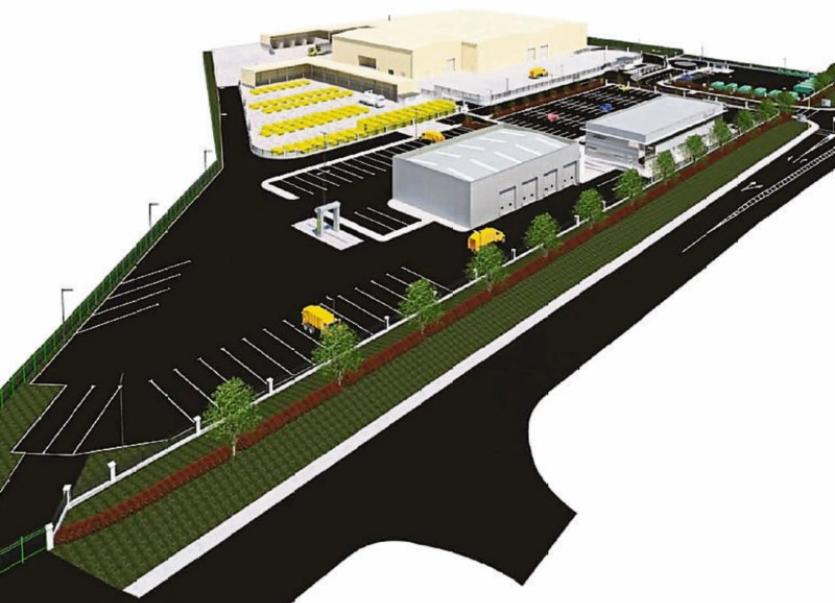 An architect’s impression of the proposed facility

PLANS by Mr Binman to construct a waste facility at the city’s edge were given the green light this week.

But Claire Keating, a representative of one of the groups who opposed the controversial scheme, say the group will appeal the determination to An Bord Pleanala.

Valcroft, trading as Mr Binman, has secured conditional planning permission to build the facility on a four-acre site on the Dock Road, close to the M7 exit.

The company has this week repeated the assertion that 100 jobs would be supported in the construction phrase, while the development could bring 30 permanent jobs.

“We welcome the decision granted and look forward to commencing the development, thereby strengthening our business and having a positive impact on the local Limerick economy. This development will also enable us to provide an enhanced offering to our loyal customer base,” said Joe Cleary, the company’s sales and marketing director.

According to the proposals, up to 90,000 tonnes of waste could be handled yearly.

The company is seeking to build the plant in two stages.

Phase one will see a 1,180 square metre administration building, a civic amenity area and associated office, with the second part bringing a modular waste transfer building with a floor area of 5,102 square metres.

Almost 40 groups and individuals have lodged objections to the project, including the Brothers of Charity and residents associations in Grange, Inis Lua and Sli na Manach.

Their concerns centre around rodent control and odour problems which may emanate from the plant, which is at a key entry point into the city.

Councillor John Loftus said: “It is a perfect breeding ground for rats, being so close to the city and river.”

Residents have also expressed worry that Mr Binman’s scheme, and another project which has caused opposition, Irish Cement’s proposal may be linked.

But in a statement, Mr Cleary categorically stated: “This development is in no way connected with Irish Cement’s Limerick operation. Mr Binman does not have contractual arrangements to supply waste to its proposed facility.”

Planners gave the scheme the green light with 24 conditions, including the payment of €257,740 to the council.