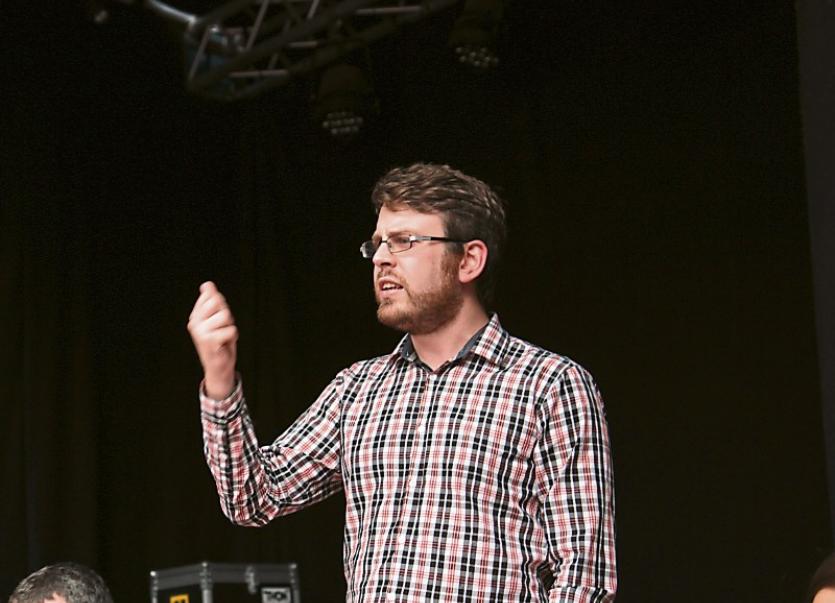 METROPOLITAN councillors have this week voted in favour of the Irish Nurses and Midwives Organisation’s recent decision to take industrial action.

The motion was submitted by Anti-Austerity Alliance councillor Cian Prendiville at the monthly metropolitan district meeting held at the Limerick City Gallery of Art this week.

“I don’t think we can afford to sit on the fence,” Cllr Prendiville said, “or to equivocate between which side we are on in this battle, which the nurses are leading the way on. We have a problem in this country, which there are almost 100 vacancies in nursing in Limerick alone, between UHL and St John’s, and at the same time there are nurses qualifying just out the road at University of Limerick every year.”

However, before it was to be discussed, metropolitan mayor Michael Hourigan took issue with the “relevance” of some motions, and asked council executive Kieran Lehane to advise on where some motions would be discussed.

A small row ensued between the AAA councillor and his fellow council colleagues when he was challenged on his submission. He argued that the motion was serious and relevant, as there were reportedly 100 nurse vacancies in the city. However, Cllr Daniel Butler expressed concern as the issue was an industrial relations matter.

When Mayor Hourigan called for a vote on the motion, some of the 13 councillors expressed confusion over what they were voting for.

Mayor of Limerick City and County, Kieran O’Hanlon, sitting in the back row, said: “Mayor, you are asking us for a show of hands, for and against,” adding that they did not understand if they were voting for or against the nurses.

Council administrator Christy O’Connor said that industrial relations cannot be discussed if it  involves council employees. Cllr O’Hanlon then proposed for the motion to be discussed.