More than 1,200 postgraduates and undergraduates honoured during week-long winter conferrings 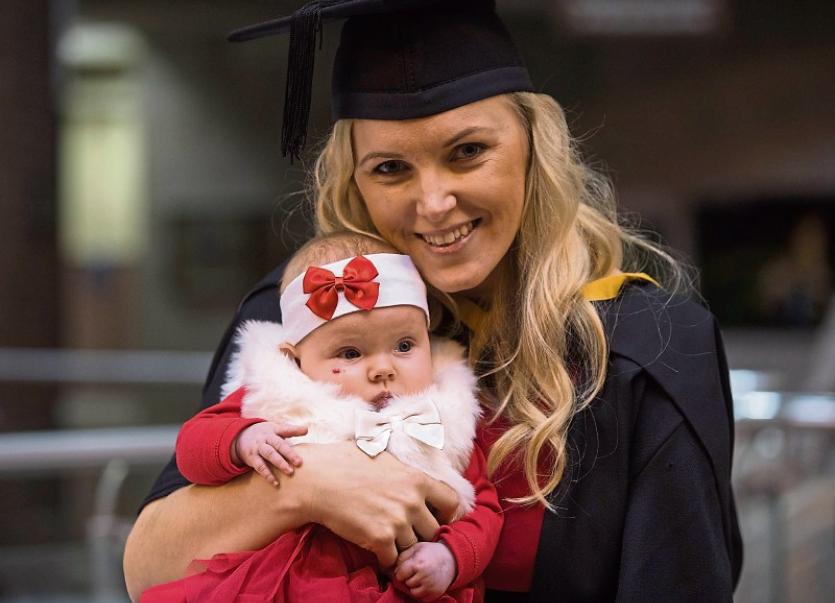 UNIVERSITY of Limerick has conferred academic awards on more than 1,200 postgraduates and undergraduates across a range of research areas at graduation ceremonies this week.

This Wednesday, the Faculty of Arts, Humanities and Social Sciences gave awards to 600 students participating in 52 programmes, while the Kemmy Business School and the Faculty of Health and Science awarded 600 awards to graduates on Monday and Tuesday.

Addressing the hundreds at UCH on Wednesday afternoon, UL president Prof Don Barry said that the Faculty of Arts “continues to engage in teaching and research in important and emerging areas, prompting thought and debate at a national and international level and in areas affecting us all”.

The outgoing president particularly praised the Journalism School for its annual Limerick Voice project, which was distributed with the Limerick Leader in December.

"And RTÉ’s Brian Dobson, who is Adjunct Professor of the UL Journalism School, officially opened a new television news studio facility as part of a major expansion of our journalism activities.”

He said that he was “delighted” to see a strong increase in CAO applications for 2016, with first preference numbers exceeding 5,000 “for the first time in the institution’s history”.

He added that UL has a “strong employment rate” which is 18% higher than the average for the other universities in the country. He described this as “the UL edge”.

During Tuesday’s ceremony, 15 PhDs were awarded for research topics including “The effect of strength training on performance in endurance athletes” and “compassion fatigue and compassion satisfaction in foster cares”.

Seven PhDs were awarded at Wednesday’s ceremony, which Prof Barry said it reflected the “quality of their work”.