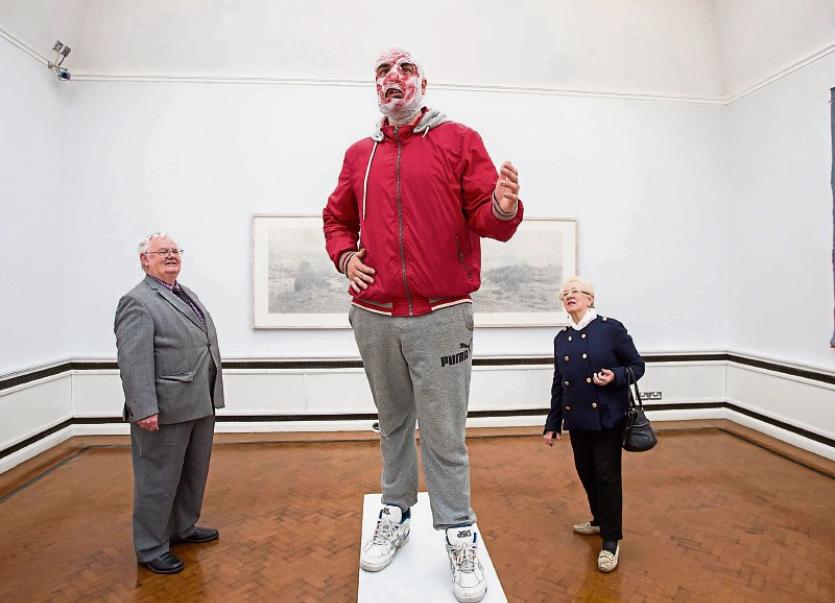 Blindboy made the comments on the Late Late Show

A KERRY priest has described comments made in relation to the Eucharist by one half of the Limerick musical-comic duo the Rubberbandits on The Late Late Show as “downright shameful and hurtful”.

Fr Kevin McNamara, who has been parish priest in Moyvane, north Kerry for two years, has now lodged a complaint with the Broadcasting Authority of Ireland in relation to that segment of the show on January 6 last.

Speaking to the Limerick Leader this Monday, Fr McNamara said he had received support for his comments from members of the clergy across the country, who agree with him that 'a line was crossed' after Holy Communion was referred to as “haunted bread”.

Among those who support him is Fr Joe Young, formerly parish priest in Limerick's disadvantaged Regeneration estate of Southill for 26 years, who described the comments as "totally offensive".

"Everybody should respect everybody's faith, regardless of what it is. I have a great love of Buddhism myself. Look at what's happening in the US, with Donald Trump's dangerous rhetoric of building a wall. I think about building a bunker myself in my back garden whenever I think about him.

"I'm very upset to hear those comments [from the Rubberbandits]. When I give Communion to anyone who comes up in front of me, I believe I am giving the food of Christ, and that's what I have given my life to," said the chaplain with the Brothers of Charity in Bawnmore, Limerick.

Fr McNamara, who was previously based in Killarney and is originally from west Clare, told the Leader that he hopes his complaint will make the national broadcaster "more balanced and objective" in the future in relation to the airing of religious views.

He said that while he is not a fan in general of the Rubberbandits' work, especially as their faces are covered with plastic bags, he believes them to be “gifted and talented”, and admired the song which shot them to stardom - Horse Outside.

“I was annoyed and hurt. I have given 35 years to the priesthood that I firmly believe in. I don't think the national broadcasting station is the place to ridicule it and make little of it.

“If people want to view Communion as ‘haunted bread’ fine, but they should respect those of us who view it as the bread of life, and as a contact with Jesus Christ,” he said.

He continued: “We have feelings as well, and we're being continually beaten down due to past failings and faults. There isn't one organisation in the whole world that hasn't made mistakes, and we're trying to rectify them as best we can.

“I think it was downright shameful and hurtful what was said. Fair play to them [the Rubberbandits], they have a following and a lot of energy and enthusiasm, but I feel that a line was crossed,” he said.

He raised his concerns in last weekend's parish newsletter, and said his complaint to the BAI expresses the same views.

It outlines that 'Blindboy Boatclub said that young people attending Midnight Mass at Christmas were “not going there for haunted bread, but because it was a family event. Everyone at Midnight Mass is half-cut anyway.”

Blindboy Boatclub went on to argue that the Church “does not want us to use critical thinking” and is “asking us to eat the ghost of a 2,000-year-old carpenter”.

On hearing that fellow guest Michael Harding [an author and columnist with The Irish Times] had been a priest, he murmured “sorry about the haunted bread stuff”,” he outlined.

“Isn't it time we paid attention to creating a clean environment for soul, heart and mind? I have made a complaint to the Broadcasting Authority. It hurt me beyond words to see Eucharist ridiculed on RTE's so called flagship chat show,” he concluded in the newsletter.