'Thank you' from the Pope to Limerick woman Emily Clarke

Response from Pope Francis ignites hopes of a papal visit 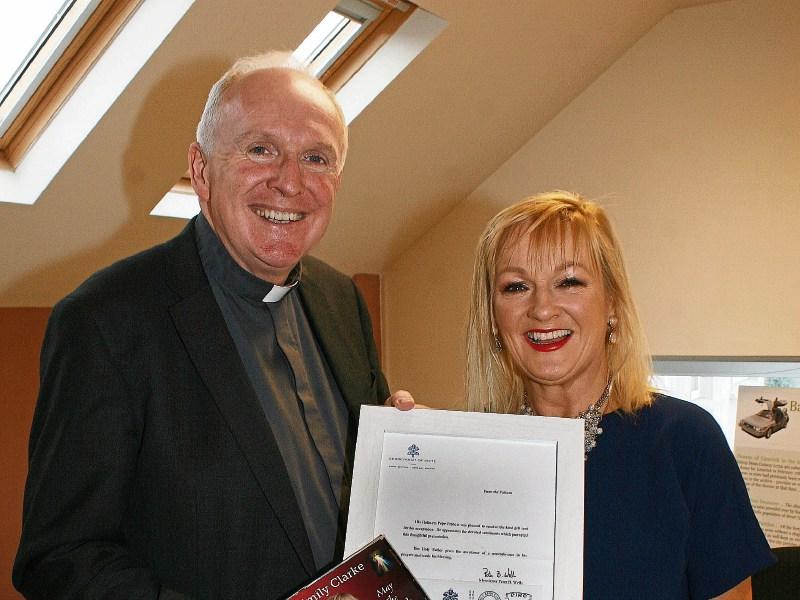 A LIMERICK woman who received a response by letter from Pope Francis is leading calls for his Holiness to visit.

Emily Clarke, from Crecora, is hoping that the Pope will stop off in Limerick when he visits Ireland in 2018.

He may be particularly swayed when he listens to the CD that she sent him, which contains a song written and recorded especially for him — aptly named Papa Francis.

“We were all waiting to see who would succeed Pope Benedict, with the shock of his resigning, and if this was going to be a really changing time in the church, with two popes alive at the same time — very unique times,” said Emily.

“Then, Pope Francis was elected, and nobody really knew anything much about him, but it became very clear very fast, the wonderful guy he is.

“The fact that he didn’t want any of the palatial surroundings, and he was so humble, genuinely concerned about the poor and the marginalised, that impressed me, and I’m not the only one impressed by that, but I write songs, and I find situations spur me to write songs.

“If I’m impressed by something, it’s like something inside my head that keeps taunting me that I just have to get on paper.”

The singer, who has fronted showbands since she was a teenager, sent the Pope a CD along with a lengthy letter promoting Limerick and inviting him to visit.

The reply, written and sent on the Pope’s behalf by the Vatican, thanked her for her gift and confirmed that her letter was received.

Now, Emily is willing to front a campaign to bring Pope Francis to Limerick, and would love to perform the ballad Papa Francis for him if he does decide to come.

Passionate about both the Pope and her native place, she thinks that a visit would boost the region.

“It would be the most amazing thing, that he would come to Limerick, for all of us. It would be a lovely boost for Munster.

“I would love for Pope Francis to come to Limerick, for the people of Limerick and also to show off our beautiful city,” she added.