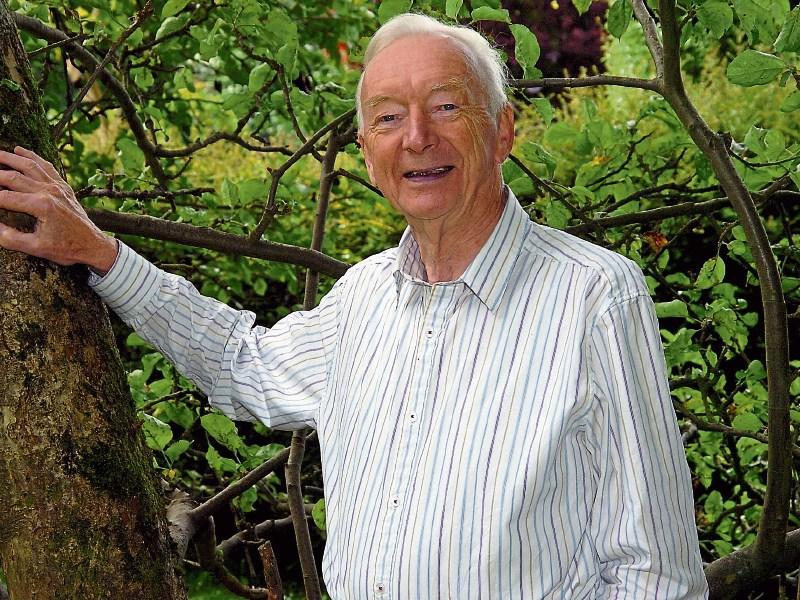 WILLIE O’Dea has paid tribute to former Mayor of Limerick Tony Bromell as “a man of great intellectual ability” following his passing.

Mr Bromell, from Thomondgate and who lived on the Ennis Road, was a former Senator and councillor in Limerick for 17 years. He was mayor from 1982-3 and was 84 years of age when he died this Tuesday night.

He was integrally involved in the establishment of the University of Limerick and was the last surviving member of the executive committee formed to lobby for the institution, receiving a Limerick Person of the Month award in 2012 for the group’s endeavour.

Mr Bromell was also involved in the setting up of the college that would later become LIT and was registrar in Mary Immaculate College for almost thirty years, seeing the student population grow from 200 in 1967 to 1,700 in 1998, when he retired.

Mayor of Limerick Kieran O’Hanlon said he was “a great servant of Limerick”.

“His passion and commitment to education in Limerick in particular is unsurpassed,” said the Mayor.

Deputy O’Dea said: “When I was first nominated to run back in June 1981 he canvassed very successfully for me in old stomping ground around Thomondgate. He was a native of the area and helped me get an exceptionally good vote there as he knew everyone.

“He was a man of great intellectual ability in national affairs and of course in the history of Limerick. When he was mayor you were very proud that he was representing Limerick, whether it was talking to tourists or investors thinking of setting up here.

“He was a faithful servant of the party (Fianna Fail) for all his life. The only area where we differed over the years was on the subject of Charles J. Haughey, he was a very big supporter, I took a different view, but we could agree to differ on the matter," he added.

Deputy O'Dea said that many people would not have realised the contribution he made at national level, particularly his advice to former Education Minister and now fianna Fail leader Micheál Martin, when he was in office.

“Micheál often consulted Tony on different policies on national level and made a big contribution not only to Limerick but to the country,” he explained.

The Fianna Fail leader said in a statement that he was "deeply saddened" to hear of Mr Bromell's passing.

"His contribution to public life and in particular to the area of higher education was felt at every level. His commitment to Limerick City, its public life and its promotion was well known, and he was respected across the political spectrum.

"As Minister for Education, I trusted his wise counsel and the 30 years he spent as Registrar of Mary Immaculate College ensured that his opinions were based on real life experience.

"I want to extend my condolences, and the condolences of the Fianna Fáil organisation, to Tony’s children, extended family, and the wider community in Limerick," added Deputy Martin.

Reposing at Griffin’s Funeral Home on Friday from 5.30pm. Removal at 7.30pm to Our Lady of the Rosary Church. Funeral on Saturday after 11 am Mass to Mount Saint Oliver Cemetery.