No parking for State solicitors at new Limerick courthouse 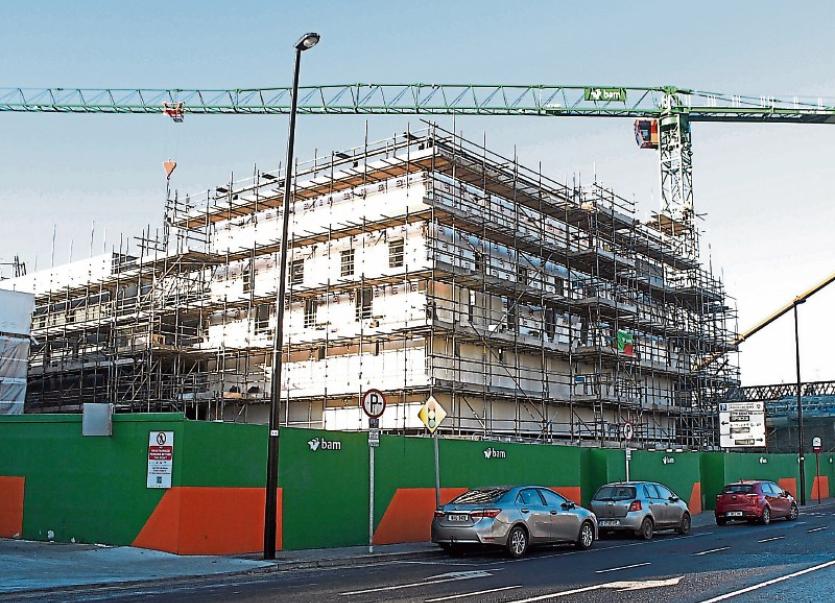 The new criminal courthouse is set to be completed by November

CONCERNS have been expressed over security and the lack of parking for State Solicitors at the new criminal courts complex on Mulgrave Street in Limerick city.

According to documents released under the Freedom of Information Act, the concerns were raised at a meeting of the Limerick Court Users Group last November.

According to the minutes of the meeting, it was agreed that “every effort will be made to facilitate state solicitors with parking when bringing files to court”.

While the minutes do not elaborate on the discussion, the Limerick Leader understands that concerns over security and health and safety were raised during the meeting.

A number of senior officials from the Courts Service of Ireland attended the meeting as well as representatives of An Garda Siochana, the Limerick Bar Association, the Prison Service and the Legal Aid Board.

In November, this newspaper revealed that there would be no facility for members of the public – including witnesses and jurors – to park at the new courthouse, which is due to open at the end of 2017.

A spokesperson for the Courts Service confirmed there will be a small number of parking spaces at the new facility.

“There will be car parking for staff, An Garda Siochana, the Prison Service and the judiciary. There will be no public parking in this or in any new court facility we build,” he said.

“We have a policy of locating court facilities near public transport, or central to a town, or near publicly available parking facilities. In Limerick there is plentiful public parking in nearby facilities," he added.