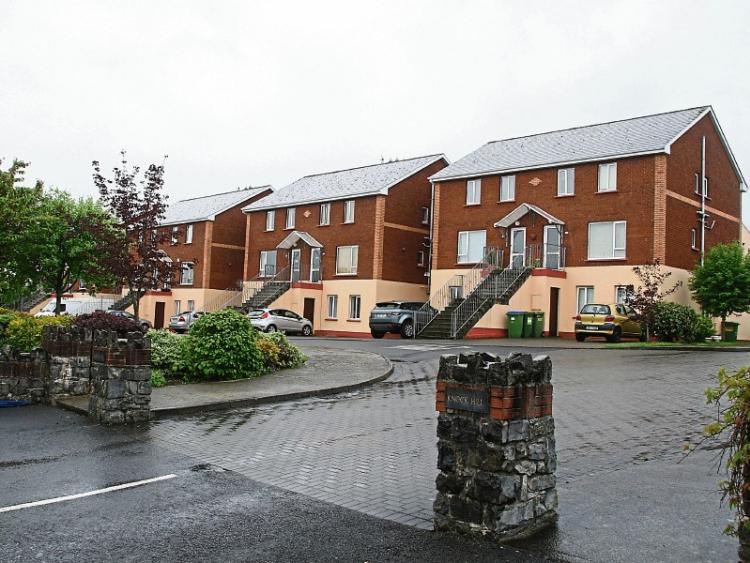 The attack happened at an apartment at Knockhill, Ennis Road

A YOUNG man who was viciously assaulted by a woman during a house party almost two years ago sustained catastrophic injuries and is no longer capable of independent living, a court has heard.

Wayne Fitzgerald (28) spent several months in hospital and was placed in an induced coma for almost four weeks after he was attacked at an apartment at Knockhill, Ennis Road, Limerick in the early hours of May 6, 2015.

Melissa Whelan, aged 25, who has addresses in Ballynanty and Moyross has pleaded guilty to “recklessly or intentionally” causing serious harm to Mr Fitzgerald.

During a sentencing, Detective Sergeant Derek Clancy said Whelan – a mother of four – was acquainted with Mr Fitzgerald and that they had attended the house party together.

Limerick Circuit Court was told gardai were alerted to the incident at around 7am after a neighbour reported seeing an injured man lying on an outside patio at the rear of the ground-floor apartment.

Det Sgt Clancy told John O’Sullivan BL, prosecuting, Mr Fitzgerald was unconscious when garda arrived and that it was clear he had been “gravely and seriously” injured sometime earlier.

The victim, who previously sustained a traumatic brain injury in a serious road collision in 2012, was initially taken to University Hospital Limerick but was later transferred to Cork University Hospital where an emergency craniotomy was performed.

A major gardai investigation was launched as Ms Whelan quickly identified as a suspect.

Det Sgt Clancy said gardai were able to establish that Mr Fitzgerald was attacked sometime between 3am and 5am.

While Mr Fitzgerald has no memory of what happened, a number of eyewitnesses described how Whelan struck him with a glass bottle across the face before pulling him off his chair and repeatedly punching and kicking him.

Det Sgt Clancy said following the attack, which lasted for about 20 minutes, Whelan dragged Mr Fitzgerald to the patio before later getting a taxi to Moyross.

One eyewitness told gardai Mr Fitzgerald did not react following the initial blow and that he did not attempt to defend himself.

“She was laying into him like a dummy,” he told gardai.

Judge Tom O’Donnell was told a considerable amount of alcohol was consumed during the party and that the defendant had also taken some “Up Johns”.

Mr O’Sullivan said a definitive motive for the attack has not been established but that garda believe Whelan became upset and agitated after Mr Fitzgerald hugged her friend during the night.

During the course of five interviews, she admitted hitting Mr Fitzgerald but claimed another woman had also assaulted him.

She told gardai she had been provoked as Mr Fitzgerald had grabbed her. However, Mr O’Sullivan said there was no evidence to suggest he had been violent towards her.

A number of medical reports were submitted to the court along with photographs taken by gardai when they first discovered Mr Fitzgerald lying prone on the patio.

Anthony Sammon SC, defending, said his client dropped out of school at a young age and was physically abused by her former partner.

He said she has attempted suicide in the past but has been doing well in Limerick Prison in recent months.

In a handwritten letter which was read in court, Whelan stated that she was ashamed of herself and wished to apologise to Mr Fitzgerald.