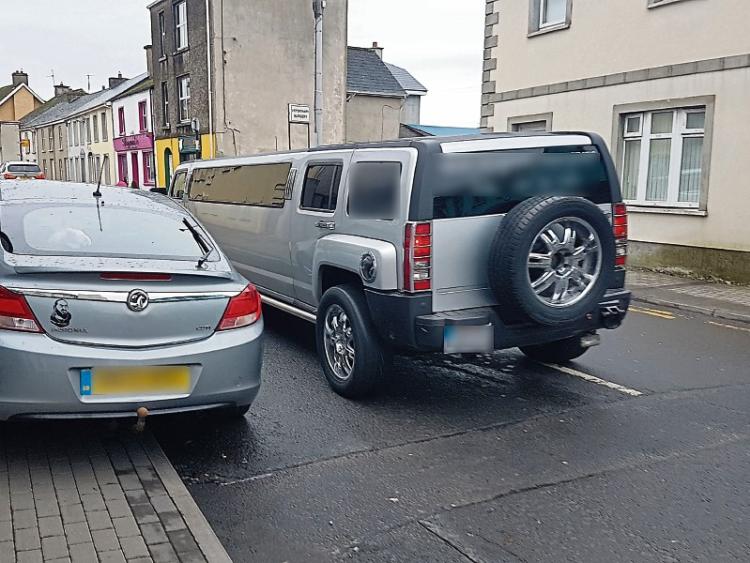 A Hummer pictured in Rathkeale during a wedding earlier this month

AS the New Year draws closer, another winter wedding season begins to wind down in busy Rathkeale.

Over the last four weeks, as many as 16 couples have tied the knot in the small west Limerick town.

The population in Rathkeale famously doubles every year over Christmas, with many couples waiting all year to get hitched in their ‘spiritual home’.

It is believed that the final wedding is due to take place this week.

Although there is no doubt that some local traders stand to benefit from the party season, the situation during Christmas in the town is the subject of much debate. Extra facilities are generally needed for the seasonal population growth.

Chief Supt Dave Sheahan, head of the Limerick garda division, told the Limerick Leader that a specific policing plan has been in place for Rathkeale for the month of December.

He said that the plan will remain in place until around January 6, or as long as necessary, due to the "significant" population surge in the town over the Christmas period.

While he could not comment on the precise details of their policing plan, he said that it covers all matters, including public order, road traffic and other serious criminal offences.

The seasonal population mostly consists of Travellers who have come from the UK and high-powered vehicles are ubiquitous in the town at this time of year. Cllr Stephen Keary said there is “extremely unruly behaviour during this period”.