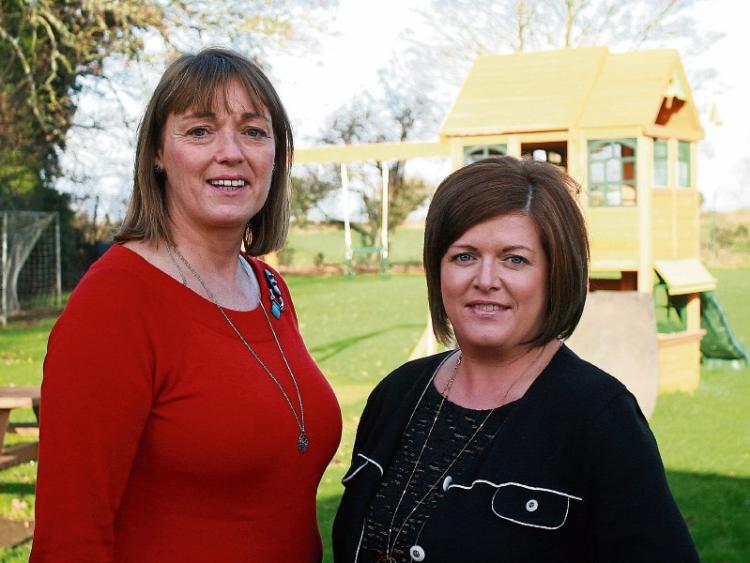 THE STORY of a kind gesture by a local school principal, and the profound effect it has had on one little girl, brought a tear to eyes countrywide during the week when it was recalled on Ray D’Arcy’s RTÉ radio show.

Anne Hennessy, Kildimo, wrote to Ray about the help of Ballysteen National School principal Mary Flannery in the rehabilitation of her daughter with autism spectrum disorder.

Mr D’Arcy audibly struggled to hold back his tears when he heard about Ciara, who had completely retreated from school and confined herself to her bedroom for months on end.

“My nine-year-old daughter was attending school up until last December when she became crippled with anxiety and basically stopped living in the outside world,” read Anne’s lengthy letter.

“She was diagnosed late with autism spectrum disorder, which I now know was causing her anxiety. My beautiful daughter slowly deteriorated in front of my eyes and Christmas week, with major reluctance, we had to agree to having her medicated,” she continued.

“This was mainly due to the fact that she would not get out of bed, and told me that she wanted to leave this world as she was in the wrong one.

“I can’t possibly explain the pain I felt on hearing those words, and even typing them sends me back to that dark day.”

After this point, Anne sought the help of her neighbour Mary, who she knew was principal in nearby Ballysteen, and asked her to take Ciara into the smaller school in the hope of reintroducing her to the world.

“So in September 2016, with the dedication of Mary Flannery, a very scared little girl walked through the gates, and she hasn’t missed a day since,” said Anne.

“Mary came to visit us several times over the summer, and reached out, and took that scared little girl’s trembling hand and showed her hope, kindness and compassion on a level I never knew existed.

“You can learn many lessons in school, but the most important lesson my child learned was that she was loved and that she mattered. I struggle to find the words that convey the strength of my gratitude.”

Anne noted that during the family’s hardest months, friends stopped calling, as no one knew how to react.

“I had lost my faith in humanity over those months. I thought we had moved on from the stigma of mental illness but I can assure you, we have not,” she said.

“If anyone listening has not heard from a friend in a few weeks, drop them a line, knock at that door, lend your compassion, open your heart, because in my wildest dreams I never imagined that we would be faced with a child of nine who was depressed,” she added.

“I remember someone remarking on how well I looked during that time - in reality, I was a mess, and the make-up and high heels hid the pain, and behind the sunglasses were crimson eyes that told a very different story.

“Mrs Flannery listened to us, and without her, my child would not be where she is today, and even though we are only at the start of our journey, we have a destination,” the letter concluded.

Ms Hennessy added that the local teacher goes above and beyond the call of duty, telling listeners of the show about Mary’s positive affirmation cards which “teach her every day to love herself”, her office that now houses Ciara’s beanbags and a doll’s cot for when she’s having a bad day, and the meditation that they do together.

The emotional interview made for compelling listening, with many texting in to the station to commend the west Limerick teacher’s efforts.

“My motto is to make a difference to every child, and ensuring that they are happy first and foremost,” she added.