Limerick's Savoy Hotel reaches out to man amid online outrage 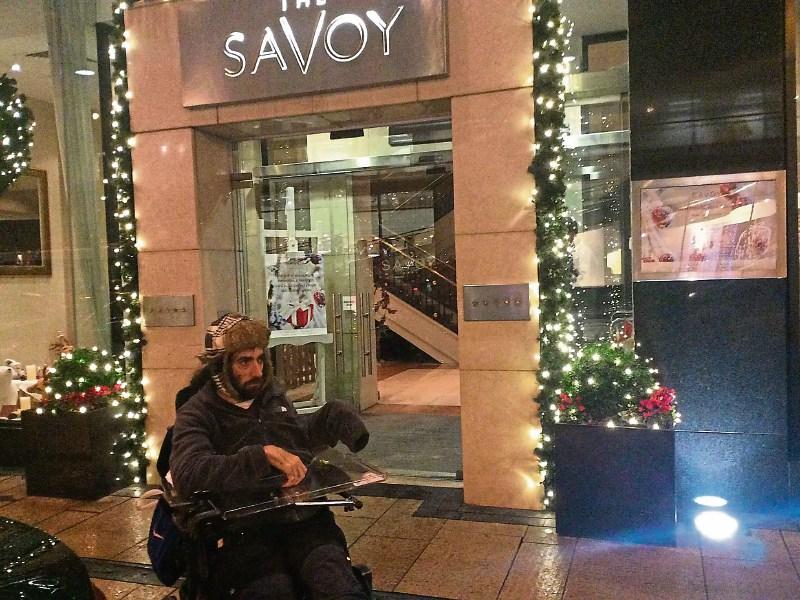 THE Savoy Hotel has reached out to a man in a wheelchair who was allegedly asked to leave the hotel after a viral post claimed that he was unfairly discriminated against.

The manager of the luxury city hotel has denied the claims, saying that the man was merely asked to move to another part of the lobby.

The original posting by Jay Reddan about his friend Ronan has received almost 8,000 likes and more than 4,000 shares on Facebook. Thousands of comments have been left under the post and also on the Savoy Facebook page, with many calling the alleged incident “disgraceful” and “disgusting”.

Jay confirmed that the hotel reached out to him and Ronan, writing on Facebook: “I met the manager of the hotel and he wants to welcome Ronan back to the hotel and to have a talk about the incident.

“But that’s entirely up to them, but to be clear I stood my ground 100 percent on my statements.”

Ronan Branigan, manager, spoke to the Limerick Leader in the wake of the accusation that a staff member asked the man to leave on the basis of his disability.

“As far as we can understand at the moment, he was asked just to move across the front of the reception, out of the fire escape way which was being blocked, and unfortunately the communication was misunderstood or misconstrued and taken to be a request to leave the hotel, which it certainly wasn’t.”

In the post, Mr Reddan said that “Ronan was forced to leave in the lashing rain, even though they served him food and he had a half a pint with two straws when I arrived”.

“When I arrived at the Savoy I was immediately confronted by a doorman inside wearing a suit who said Ronan had to leave as he was in the way of the busy traffic of customers,” the post read.

“The staff in the Savoy have been very good at accommodating Ronan anytime he arrived.

“But the excuse that he was in the way of people is absolutely unacceptable. He was nearly crying as he left,” continued the post.

The manager said that Ronan was “a regular guest here with us and always gets very well looked after by all of the staff”, adding that he has a “great rapport with staff”.

“We’re very sorry that the information was misconstrued in that way, but it was certainly not the intention.”