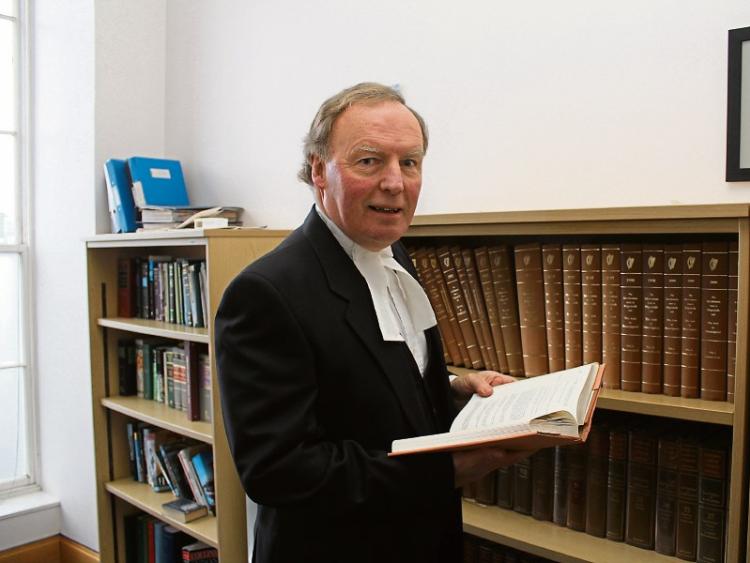 Judge Tom O’Donnell will sentence the teenager in February

A TEENAGER who falsely imprisoned and robbed two circus workers at a house in the city continues to abuse drugs a court has heard.

The 17-year-old old, who failed to appear in court for a court hearing last week as he was “spaced out” at home, will be sentenced in the new year.

The youth, who cannot be named for legal reasons, pleaded guilty last year to charges relating to an incident in the early hours of February 1, 2014.

During a sentencing hearing, Limerick Circuit Court was told the victims - both English nationals - were members of the marketing team employed by Circus Vegas and had been due to spend several weeks working in the city.

Garda Barry O’Grady said the men - both aged in their 20s - had arrived in Limerick the day before the incident and were out socialising in the city centre, when they encountered a number of local youths including the defendant.

There was some “chat and banter” between the men and the youths who said they would bring them to a local nightclub.

However, the men were instead taken, under false pretence, to the rear of a house at Johnsgate village where they were forced into a garden shed and threatened with a Stanley knife, which was held to one of the men’s throat.

The defendant, the court heard, played an active part in the robbery by searching the men’s pockets and removing their valuables.

Being cross-examined by Mark Nicholas SC, Garda O’Grady agreed that while the investigation remains open only the defendant and one other man have been prosecuted.

He accepted the defendant was not the main instigator and that the case against him “would not be strong without admissions”.

While neither of the circus workers made formal victim impact statements, Judge Tom O’Donnell was told both returned to the UK the day after the incident and have not returned to Limerick since.

While neither of the men sustained serious injuries, they told gardai they were terrified and believed they were going to be killed by the culprits.

John O’Sullivan BL, prosecuting, said the men had been targeted at random and that the defendant’s admissions had been helpful in the case.

Addressing the court, Mr Nicholas said his client, who has 18 previous convictions, had just turned 15 and was the youngest of the group.

He said the teenager has had a difficult upbringing and that his father is “not the best of role models”.

Noting the contents of a probation report, Mr Nicholas said the 17-year-old “shows a complete lack of ambition and lacklustreness”.

Judge Tom O’Donnell noted the defendant will turn 18 early in the New Year and said it would be “neater” from an administrative point of view if he adjourned sentencing until after his 18th birthday.