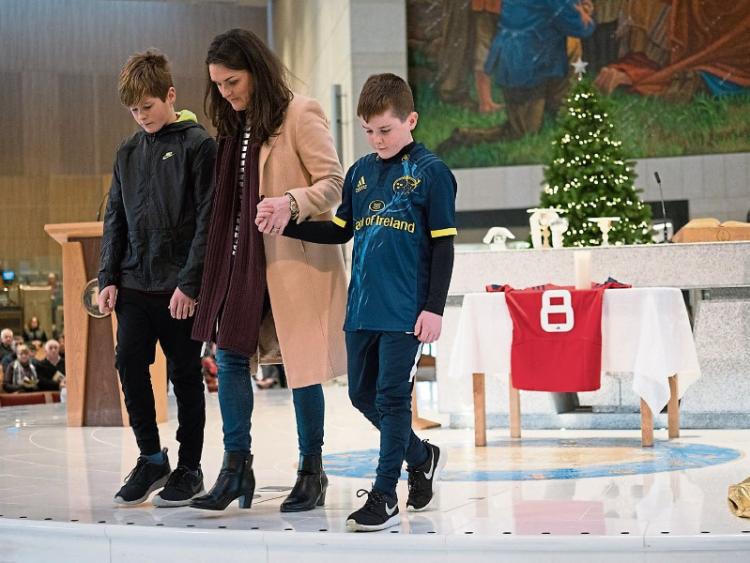 AFTER eight emotional weeks, the wife of the late Anthony Foley has said that the response to a campaign initiated by her son to remember all deceased loved ones - including her own beloved husband - has been an “unforgettable experience of solidarity”.

Olive Foley was speaking after the final mass in the #8Masses4no8 campaign on Sunday, which was initiated by her 11 year-old son Tony in October, following the tragic and sudden passing of his 42 year-old father, the Munster head coach, in Paris.

The final mass was celebrated at Knock Shrine yesterday by parish priest Fr Richard Gibbons and saw crowds of just short of 2,500 attending.

In a symbolic gesture, the family presented a No 8 jersey at the start of mass and placed it on a table in front of the altar. 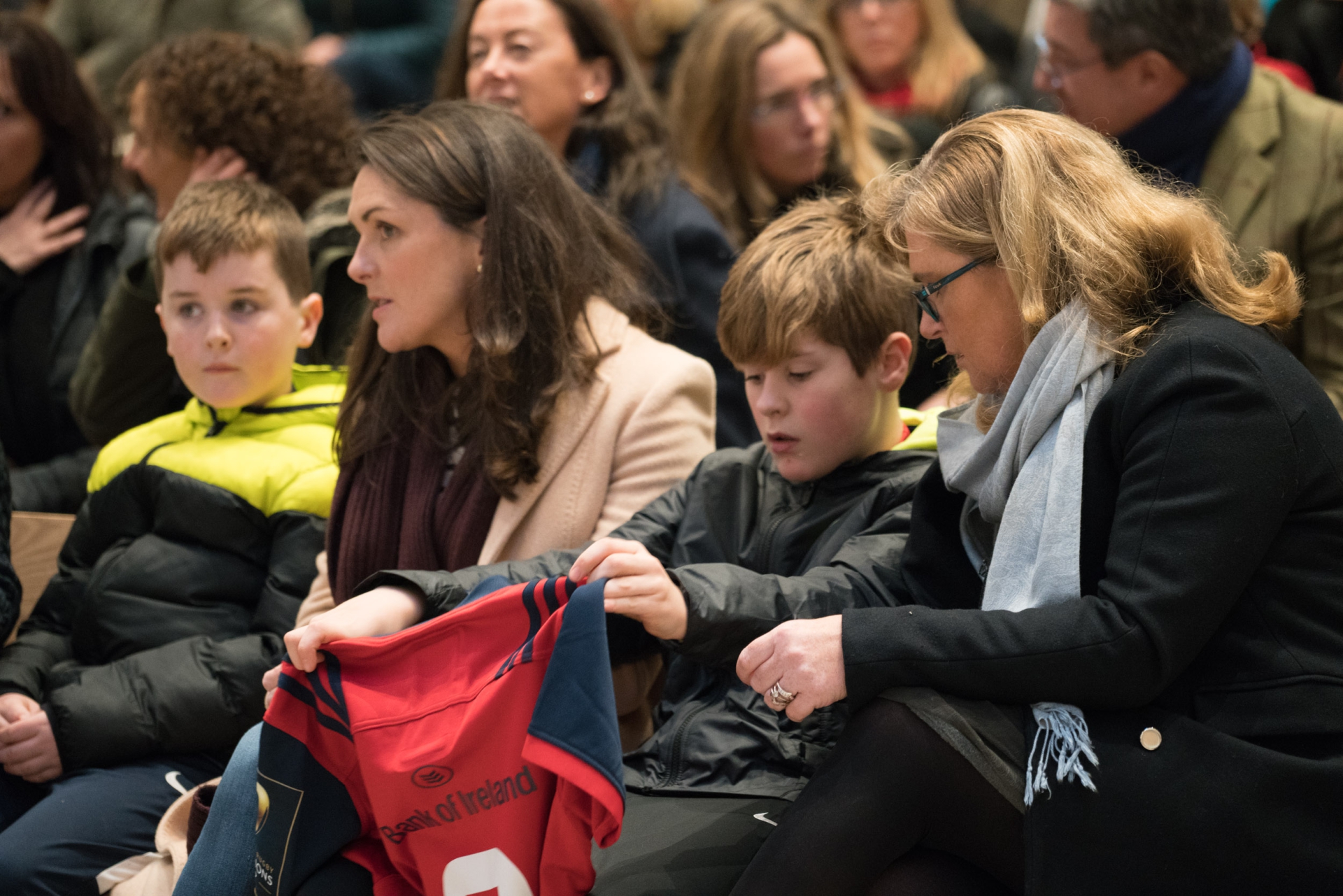 A candle was lit in memory of all who have died and been remembered in the campaign, with nearly 40,000 people throughout the world supporting their campaign, which has been praised by the public at large, including the Bishop of Limerick, Dr Brendan Leahy.

“It was incredible," Olive said of the mass. "There was such a sense of peace and compassion and Fr. Richard’s homily was amazing. It was so kind of him to invite us up today and to dedicate this Mass to the campaign.

“What we saw here again today reminded us of just how important our faith is and how it is carrying us through a very difficult time.” 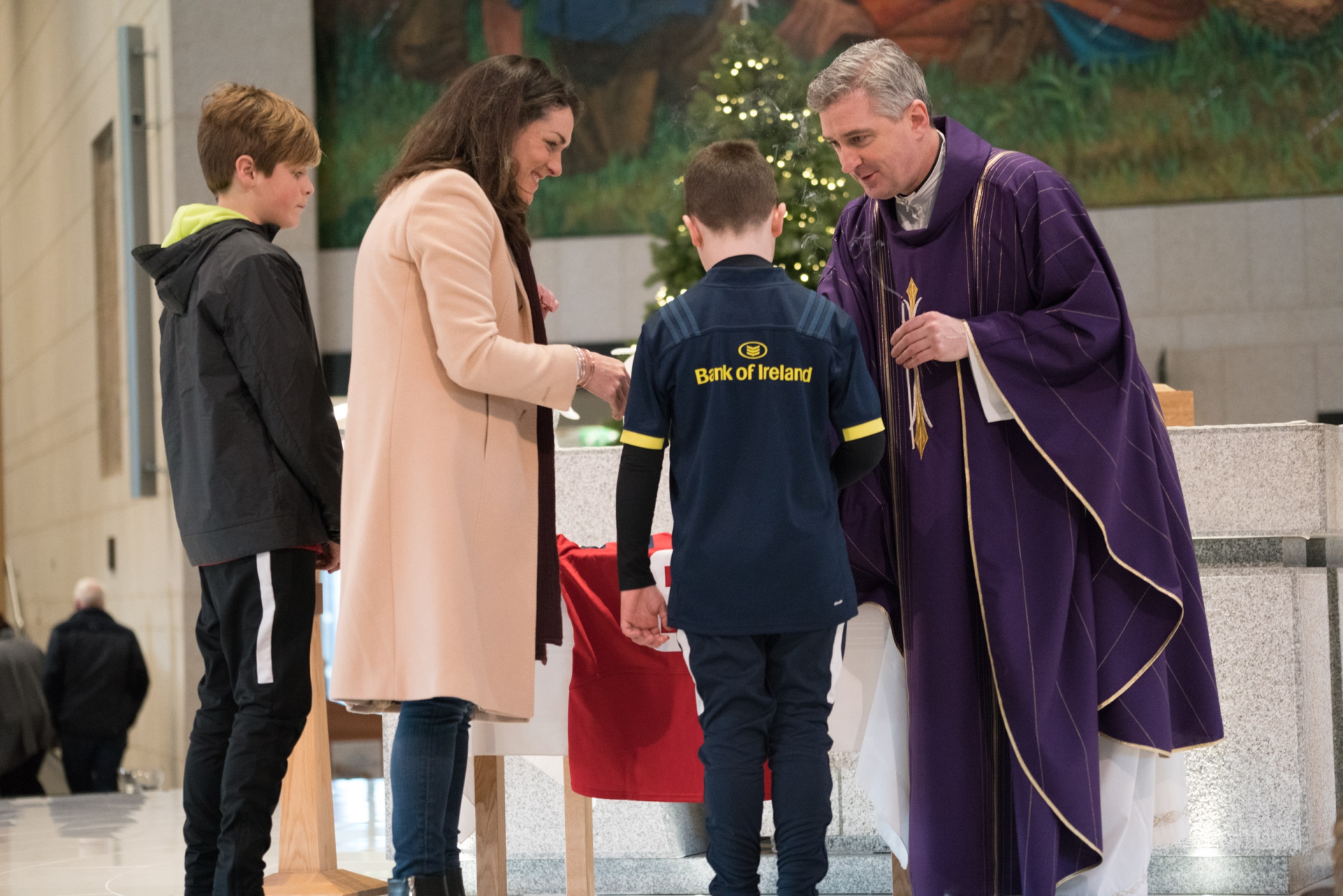 Olive, her sons Tony and Dan, Anthony’s father and mother, Brendan and Sheila, sister and others all travelled from Killaloe and were joined by hundreds more from county Clare.

“We’ve had and will continue to have for a long, long time very difficult moments and days. But today was a good day for us and this campaign generally has been amazing," said Olive.

“Tony came up with the idea and we all supported it on the grounds that it was so others could have their loved ones remembered alongside Anthony. We got such incredible support following what happened to Anthony that we just wanted others to come under that roof and feel the warmth,” she explained.

“We had people contacting us from all over the world and today at Knock was no different. I must have met everyone in the basilica after Mass and many travelled for hours. Each and every one of them had a story to tell about a person close to them who also passed away.

“We were just so privileged to have so many others join us in this journey and we will never, ever forget that. We offered today’s Mass for all those who died and whose family or friends wanted remembered by this campaign.”

Olive and her sons Tony and Dan also brought the gifts at the offertory procession.

The emotional homily was greeted with instant and sustained applause.

“They have been remarkable in their grief," said Fr Richard. "They have been so selfless in inviting others to remember their loved ones with Anthony in this campaign and it has helped so many. I’ve read some of the comments and what’s struck me is just how appreciative people were of this.

“Many people have gone back to Mass for the first time in a long time as a result of this campaign and really appreciated and liked being back. It shows yet again that there is a great need for spirituality and the door is always open.

“The mass has always been very sacred to Irish people and this campaign shows that it is still so today. It shows that it can have a deep and enriching experience and not least at a time of need.”