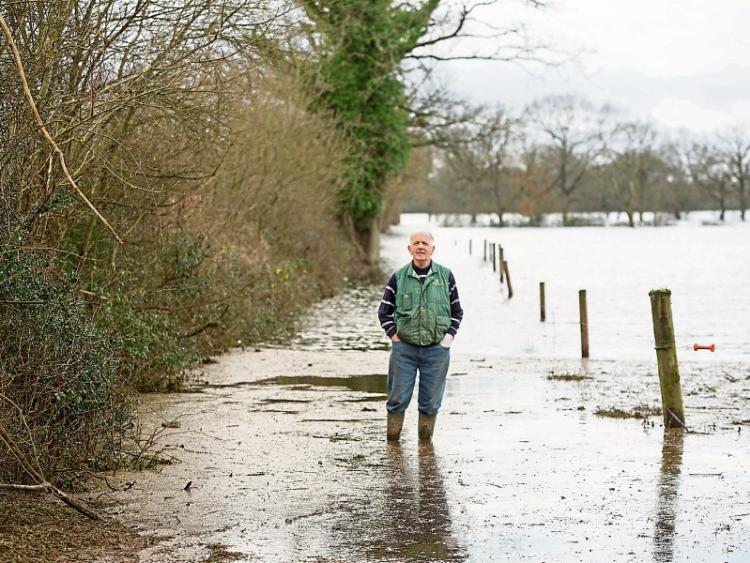 AT THE turn of last year 50 acres of Donal Hynes’ land in Lisnagry was underwater and he posed the question why hasn’t the Shannon been dredged?

“There was nothing done on the river since Ardnacrusha was built - that will tell you the extent of the neglect,” said Mr Hynes, a former chairman of Limerick ICMSA.

It was announced last week that a dredging programme for the Shannon is planned to prevent flooding.

Minister for Flood Relief, Sean Canney, said a group made up of the OPW, Inland Fisheries, Waterways Ireland, ESB and other stakeholders had been tasked with assessing where dredging was required and what environmental measures are needed.

“We have agreed to put in place a plan to start dredging the Shannon. That’s never been done before. We will look at the Shannon with all the groups to see how we can have maintenance for the Shannon, and not just the tributaries,” said Minister Canney.

Works are unlikely to get underway before the end of next year as in-depth environmental assessments to ensure that the dredging does not result in flooding downstream or affect protected habitats.

Mr Hynes said he has been talking about having the Shannon dredged for years but despite holding meetings with bodies “found it very difficult to make any progress in the line of maintaining the river”.

“I am talking specifically about the water flow from Parteen Weir to Limerick. Down river slightly from Castleconnell village there are trees, shrubs and bushes in the middle of the river.

“There is no problem until you get to Castleconnell, it is deep water, but from Castleconnell down to where our land starts it is completely overgrown and totally neglected for the past 70 or 80 years. It has never been touched.

“We are here for five or six generations. That part affects the village of Castleconnell when it was flooded. I am not an engineer but I have a lot of experience of land drainage over my lifetime. The water is just not able to get through,” said Mr Hynes.

A number of years ago he brought down engineers to inspect the Shannon and he said they could not believe the “neglect that was in the river”.

“There are trees there 14/15 inches inches in diameter growing in the middle of the river. There are sand banks built up all over the place - only small channels for the water to get through,” said Mr Hynes.

Meanwhile, IFA flood project team chairman Padraic Joyce said the IFA has consistently argued that there should be maintenance works to help the flow of water and to remove blockages.