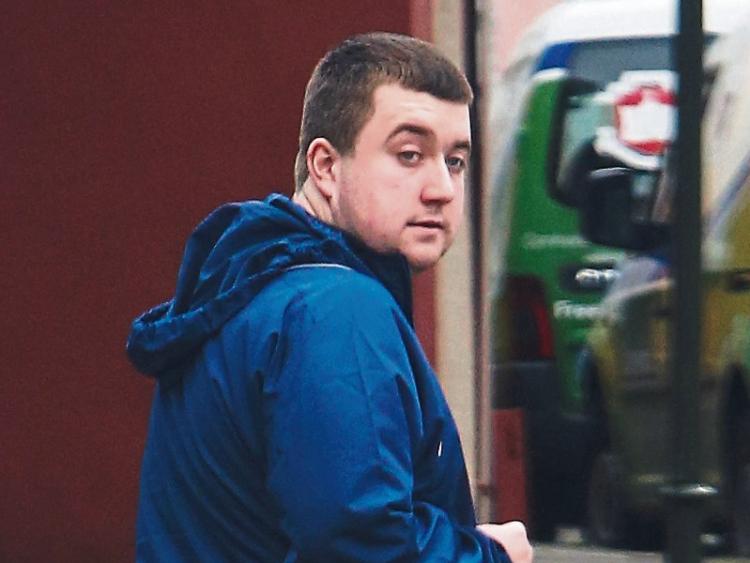 A son of murdered criminal Kieran Keane will begin a nine month prison sentence in the new year after he admitted making a “false statement” to gardai about a serious road accident.

Kieran Keane Jnr, aged 26, who has an address at Claughaun Road, Garryowen was a passenger in car which was involved in a “head-on” collision with a Volkwagen Golf at Garryowen Road, shortly before midnight on April 5, 2015.

During a sentencing hearing Garda Aled Harkin said following the collision the father-of-two told gardai that his car had been stolen and that he was not in the vehicle at the time.

A woman in her 80s who was a passenger in the Golf was seriously injured in the impact and has been confined to a wheelchair since.

Judge Tom O’Donnell was told CCTV footage the defendant and another man getting into the car near the Moose Bar less than half an hour before the crash, with other footage showing two people in similar clothing fleeing the scene.

Both men were observed arriving at the University Hospital Limerick later that night.

Keane was treated for a shoulder injury and when Garda Harkin called to his home the day after the accident, his shoulder was in a plaster cast.

When interviewed, he answered a number of questions but indicated that he didn’t remember much as he had been out drinking all day after a soccer match.

Brian McInerney BL said his client, who has a number of previous convictions, had a lot to drink and he submitted the case was “completely unrelated” to the case of his co-accused who is due to be sentenced in February.

Imposing sentence, Judge O’Donnell said the the matter “cannot be divorced from the circumstances of the accident” and he noted that Keane was in the car which, he said, “compounded his deceit”.

He said his youth, his admissions and his guilty plea were mitigating factors but that people who commit such offences must face the consequences.

He imposed a nine month prison sentence but ordered that it not commence until January 2, next.