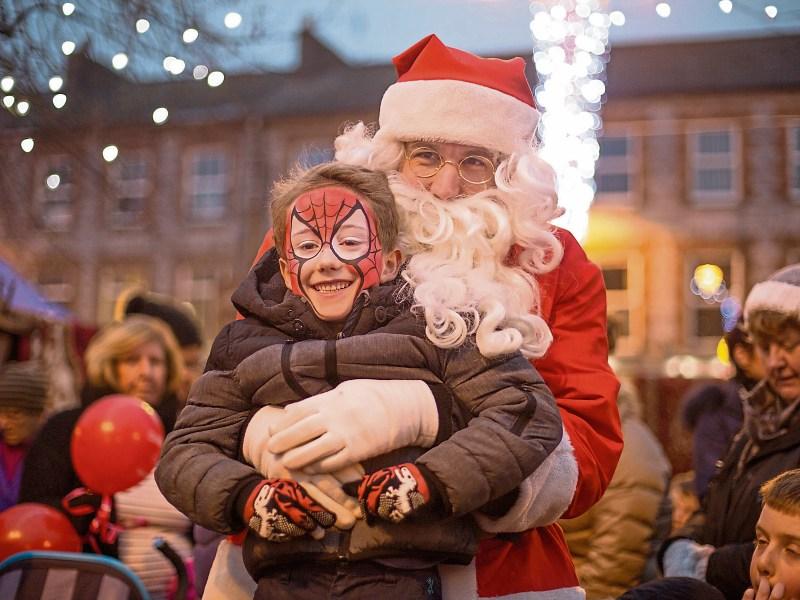 THE Newcastle West Lights Committee is optimistic that it will be able to raise the €20,000 needed to pay the bills for this year’s Christmas Lights display.

“It is a bit of a slow start,” admitted Seamus Hunt, who is chairman of the lighting committee.

But he added: “We are optimistic. We collected nearly €20,000 last year and we feel there is no reason we wouldn’t do it again this year.”

He has estimated that €20,000 is the  magic figure they need to raise to pay for the erection and taking down of the lights as well as insurance and energy costs. It also means a small amount can be set aside to build up a reserve for replacement lights in years to come.

Earlier this month, when the Newcastle West lights were switched on, Limerick City and County Council announced they had purchased the lights system outright from a company in Co Meath and had given them into the charge of the local lighting committee, a sub-group made up of members of the local Chamber of Commerce and the Newcastle West Business Association,

Thanking the 21  businesses which have already donated, Mr Hunt said there was still a way to go. But, he added, it is early days still and they would be collecting well into January. “You have to go door to door. That is what we do and what people before us have done,” he said. “We ask all businesses to please donate €100 for a small business and €250 or what you can afford for a larger business,”

Mr Hunt also asked members of the public to contribute “as much and as often as you can”to the collection boxes in place in shops and bars around the town.

“We have a bucket collection in the town on Friday, December 23 and would appreciate the public’s support for this.”

Volunteers willing to take part in the bucket collection would also be appreciated, Mr Hunt added. Anybody interested is asked to contact the committee by email at ncwlights@gmail.com

Mr Hunt paid tribute to Green Belt for donating the town’s Christmas Tree and  to Gary O’Connor for helping to put it up.  He also thanked the generosity of electrician Damien Brouder who has donated his time to help with any emergencies.

“Without these volunteers , the lights could not happen each year,” Mr Hunt said.