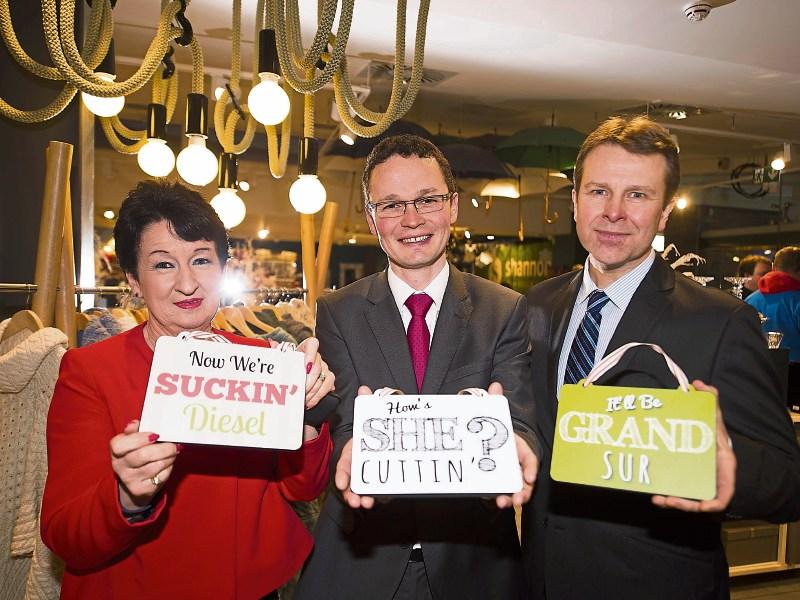 A NEW €1m facelift for Bunratty Castle and Folk Park has resulted in the creation of 30 new jobs at the attraction.

The ‘major upgrade’ was recently completed at one of the region’s most popular tourist sites. It is operated by Shannon Heritage, part of the Shannon Group.

A new retail store was developed called the Shannon Irish Design Store, which doubled the size of original retail space. A new café and attractions around the Park – plus a new online brand – were also part of the development.

The upgrade was unveiled this week by Minister of State Patrick O’Donovan, who said Bunratty was “a tremendous heritage asset and a magnet attraction drawing visitors to spend time in the area”.

“I would like to commend Shannon Heritage, and its parent company Shannon Group, for having the foresight to continue to invest in this popular site,” he said.

“The new café, retail store and admissions building have created an exciting new look and feel, while showcasing and supporting over 100 businesses from around Ireland. There is no doubt that Bunratty will continue to see its visitor numbers grow in the future.”

The project took six months to complete and 25 people were employed during construction, which involved enclosing and covering the existing courtyard at the Folk Park.

The new store showcases contemporary Irish products and local artisan crafts. A new online shop has been launched to complement the retail space.

The new café is called Mr. O’Regan’s – a nod to the late Dr Brendan O’Regan, who was deeply involved in the early development of Bunratty Castle and Folk Park and one of the first trustees of the castle.

Matthew Thomas, CEO of the Shannon Group, said Dr O’Regan was “a visionary leader and man who did so much for the site here and for the Shannon region and Ireland”.

He added: “We are committed to fulfilling Shannon Group’s role as a catalyst for economic growth and to attracting more tourists to the region.”