€5,500 spent on visit of US President Barack Obama to Ireland 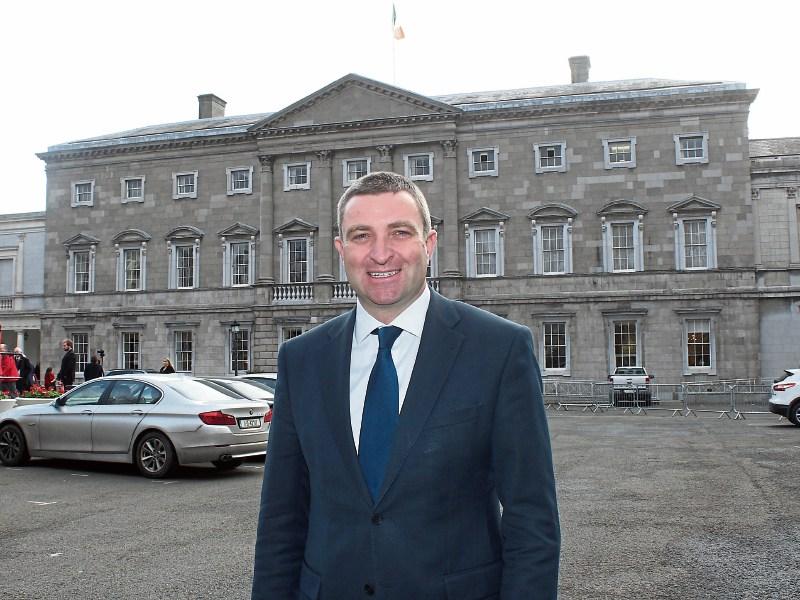 THE STATE spent over €5,500 on photography for the visit of US President Barack Obama to Ireland in May 2011, new figures reveal.

Fianna Fail deputy Niall Collins queried in the Dail how much the Taoiseach's department has spent on photography costs for his department per annum since March 2011.

This was in addition to a further spend of €164,271 by the Department of Foreign Affairs and Trade.

Between various Government departments, over €350,000 has been spent on photographic services in the past six years, prompting Deputy Collins to call for more "cost efficient" spending.

The Limerick TD said that he had "a responsibility to query expenditure by a variety of Government departments, including the Department of An Taoiseach.

“Expenditure on photography or public relations services needs to be cost-efficient and kept to a minimum at all times.

“I do feel that the Department of An Taoiseach, and other departments, should be planning far in advance of events that require photography services, and should be able to secure discounts based on block bookings.

“From the parliamentary reply I received, I see no evidence of such forward planning, which is a shame. The vast majority of these events are planned well in advance, so the question needs to be asked why a special reduced block booking rate wasn’t negotiated.

“It was, of course, right and proper for the State to capture the 100th Anniversary of the 1916 Easter Rising in pictures, but some of the individual costs do seem quite high, and I believe with proper negotiation the costs could have been reduced,” he concluded.

The visit of President Obama, covered by Maxwell Photography, was one of the most expensive photographic assignments in recent years, amounting to €4,537.50, with two follow-up smaller invoices, amounting to a total €5,537.

The same photographic agency was also paid €2,359.50 to cover the funeral of former Taoiseach Dr Garret Fitzgerald in May 2011.

The presidential inauguration of Michael D. Higgins on November 11, 2011, also cost the State €3,956.70 in terms of photography.

The cost of photographic services for the State funeral of former Taoiseach Albert Reynolds in August 2014 cost €2,841.

Photos for the Who's Who guide on the Irish presidency website cost €3,168.51, and photography for the State reception at Dublin Castle this March cost €4,674.

Even photos bought in Boots Chemist for the Taoiseach in July 2014 are documented – for a sum of €2.10.

The main photographic agencies used by the State in this five-year period have been Maxwell Photography, Lafayette Photography, The Press Association, MacInnes Photography, alongside numerous others who were used on a less frequent basis.

Taoiseach Enda Kenny explained that there has been an increase in costs this year due to a requirement to have an official record of the ceremonies to mark the centenary of Easter 1916 and other historic Commemoration events.

"Photography costs in my department have reduced significantly in recent years. The 2016 expenditure to date represents over 70% of a reduction when compared with expenditure of €83,398 in 2008," said Mr Kenny.

He continued: "The use of local photographers on international trade missions is required to distribute images to the domestic media to accompany the coverage of domestic journalists who are travelling on behalf of their organisations. Utilising local agencies is cost efficient and costs are kept to a minimum."

The Department of Foreign Affairs and Trade spent an additional €164,271 on photographic services in 2011, 2012, 2013 and 2016. Figures for other years were not available within the time-frame for written answers sought in the Dail.

Minister for Foreign Affairs and Trade Charlie Flanagan said that his department only avails of the services of external photographic agencies where it is warranted, in particular for major events and State occasions.

"Events such as the visit of Prince Charles and the Duchess of Cornwall in May 2016, the visits of US Vice President Joe Biden in June 2016 and US Secretary of State John Kerry in October 2016, resulted in positive overseas media coverage of Ireland," said Minister Flanagan.

He said it was not possible in the time available to compile a breakdown of all the photography costs associated with the large number of events organized by Ireland’s network of 80 diplomatic missions abroad.

The Department of Arts, Heritage and the Gaeltacht spent €37,929 on photographic services in the past six years.