CRISIS:CHAIRMAN OF HOUSING AGENCY SAYS HOMELESSESS IS A PROBLEM IN LIMERICK CITY 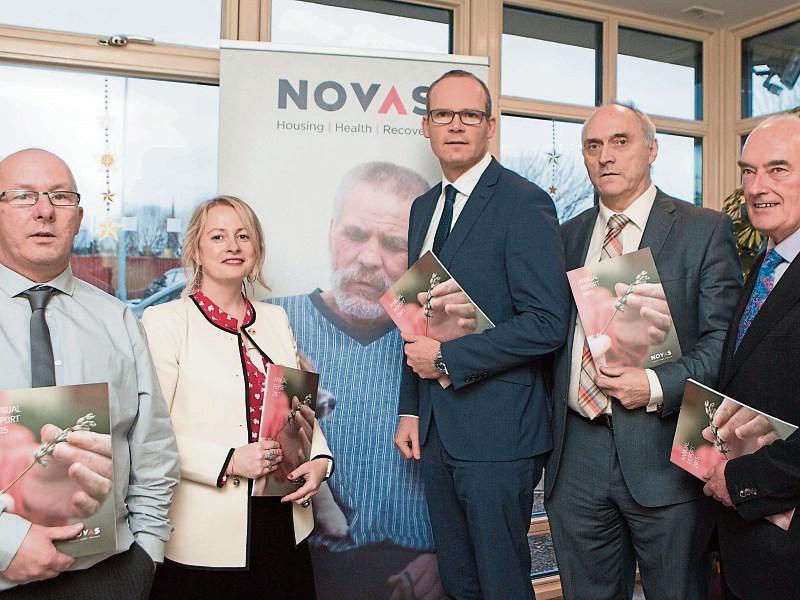 THE Minster for Housing, Simon Coveney says he is determined to ensure that nobody is forced to sleep rough in Limerick city at night.

Minister Coveney made his comments during a visit to Brother Russell Home at Mulgrave Street where he launched Novas’ Annual Report for 2015.

While acknowledging that homelessness is a particular problem in Dublin, Mr Coveney says he’s aware there are problems in Limerick too.

“​Nationally, 90% of individuals and families that are homeless are in Dublin but that doesn’t mean that it’s not equally important here (in Limerick). Because the numbers are less doesn’t mean the persons life is any less. We need to make sure that everybody who is sleeping rough on streets in Limerick actually has a hostel or a safe place to go with supports,” he said.

Meanwhile the Novas annual report reveals the organisation supported more than 2,400 people during 2015 – more than half of whom were from Limerick.

During 2015, Novas added to its long-term housing stock in Limerick and Kerry as well as adding additional capacity in McGarry House, Alphonsus Street.

Anne Cronin, head of homeless services with Novas, says the situation on the ground in Limerick is pretty bleak.

Limerick is a reflection of what’s happening nationally. Whilst the figures are a lot higher in Dublin, per capita of population there is a significant issue here in Limerick as well,” she said.

Novas, which has a strong presence in Limerick, works closely with Limerick City and County Council and other State agencies in trying to deal with the homelessness crisis.

To that end, it is hoped that an additional 15 beds will be made available by the end of this week as part of the local authority’s Winter Housing Initiative.

It is understood a premises, which consists of a “dormitory” accommodation has been secured in the city and that it will operate from 9pm to 9am once opened.

Greg Maxwell, chairman of Novas, told those who attended the launch of the annual report that homelessness situation in Limerick is at crisis levels.