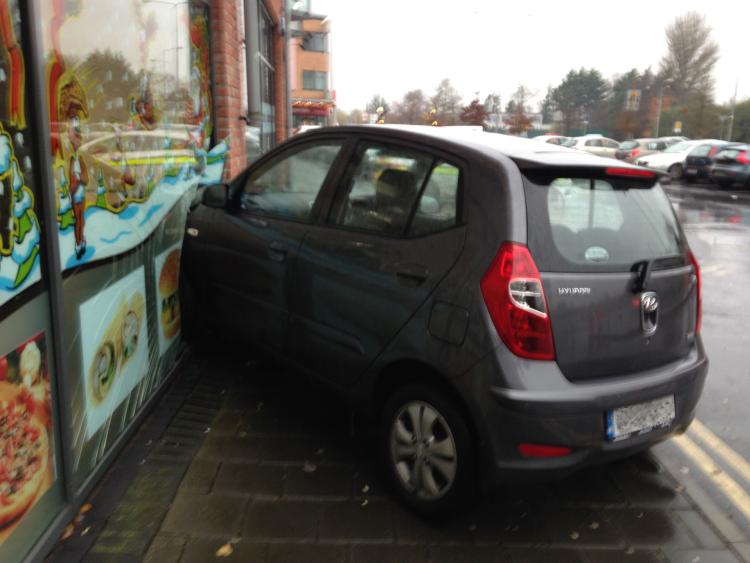 A picture of the Grove Island incident

A MOTORIST must have wanted some ‘fast food’ when they crashed into a Limerick chipper this Monday afternoon.

Gardai attended the scene of the accident which occurred in Grove Island Shopping Centre, Corbally at around 3pm.

It is understood nobody was injured.

The photo was emailed to the Limerick Leader by one eagle-eyed reader.

"I was just walking out of the shopping centre when I saw a car was stuck the chipper. I don't know how it happened as I didn't see it – maybe they thought it was a drive through!”

"Thankfully I don't think there was anyone injured. I said I would have to send this onto the Leader as it is something you don't see every day," he said.