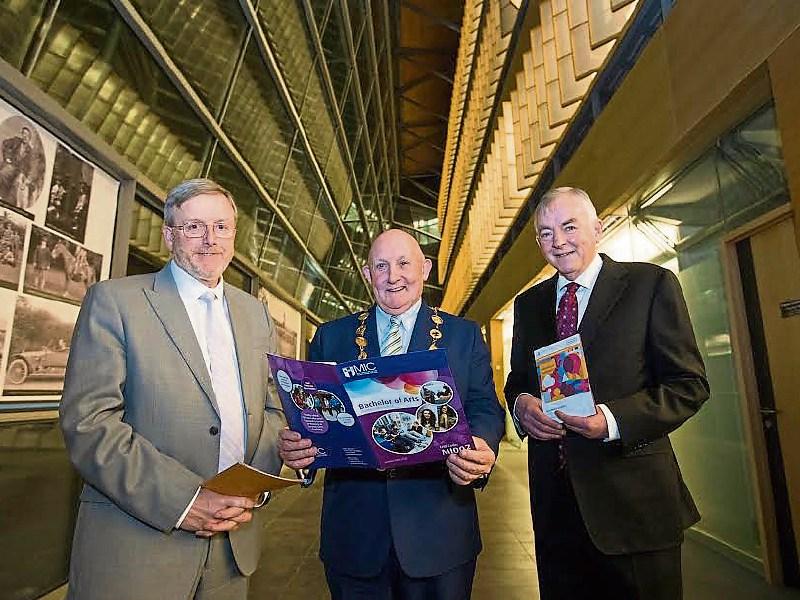 A “SIGNIFICANT” milestone has been achieved for third level education locally as the University of Limerick and Mary Immaculate College has joined forces in one programme.

The Mayor of the City and County of Limerick, Cllr Kieran O’Hanlon, has officially launched a Liberal Arts programme, to be jointly offered by UL and MIC.

Each institution has been offering successful BA programmes for decades, but this “ambitious, far-reaching project” will offer students a wider range of choices making it the largest jointly delivered programme in Ireland.

From September 2017, up to 700 students will enrol in an enhanced liberal arts programme, with an offering of 19 different subjects – from politics to psychology and public administration – allowing students a combination of more than 150 pathways.

Launching the programme, Mayor O’Hanlon congratulated both institutions on three years of combined efforts to reach this stage.

“This joint offering makes Limerick the place where students will find an arts and social sciences programme that is tailored to their specific needs, one that offers them the most exciting content, and which is taught in ways that empower them,” he said.

The four-year honours degree programme with three years on campus and one year on work placement and/or study abroad.