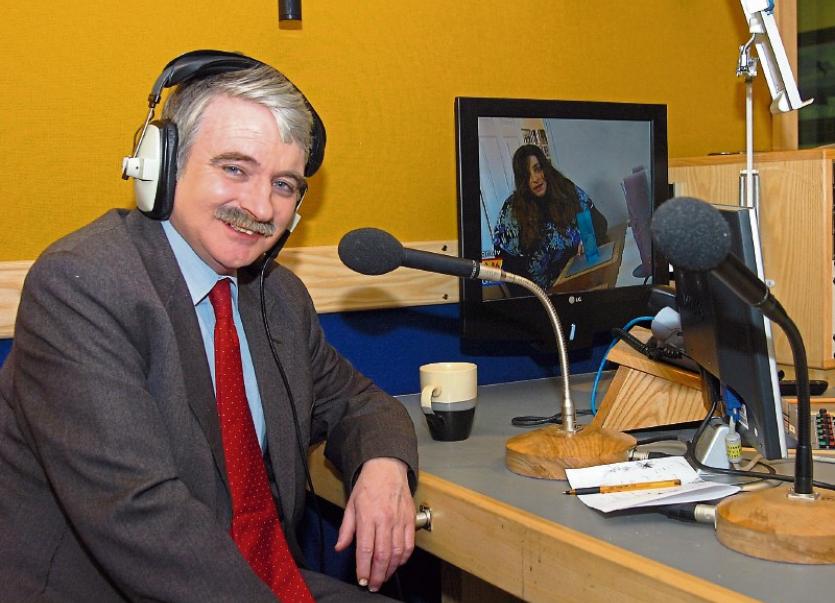 FORMER Defence Minister Willie O’Dea has defended his presenting stint on a local radio station in 2008 – saying his work at the time merited it.

It comes after the Limerick TD criticised Social Protection Minister Leo Varadkar for agreeing to guest-host a late night radio slot on RTE Radio One, saying he had “crafted a role for himself as a resident chat show panelist and a sort of celebrity political commentator.”

”When it comes to actual political accountability and having a vision for the department he is responsible for, he is nowhere to be seen,” the FF man said.

Mr Varadkar will be one of the guest presenters on the state broadcaster’s Late Date show over Christmas.

But on April Fools Day almost nine years ago, it was then Minister O’Dea who was behind the microphone, co-presenting Limerick’s Live 95FM’s breakfast show alongside Catriona Tierney.

He took live questions from callers to the station’s studios in the Dock Road, including whether he was born with his distinctive moustache, whether he would shave it for charity, and whether he could drive, as he is always seen walking around town.

“I did [co-host the show], I’ll put my hands up to that,” he said, after the Leader contacted him.

“It was very well-received. But I was working very hard to achieve things for members of the defence forces at time as anybody will tell you. Now, we have huge levels of consistent poverty in the country, huge numbers of children in poverty, the highest in the OECD.”

Mr O’Dea said if his opposite number in the Dail was showing signs of tackling this, “I wouldn’t have any objection to his appearing on the odd show.”

Following his criticism, Mr Varadkar advised Willie in a tweet to “chill”.

“It’ll be the week after Xmas & the graveyard shift. You’re most welcome to ring in a request if you like,” the Fine Gael TD said.

Mr O’Dea declined the offer, saying instead he will be “calling him out across the floor of Dail Eireann. I would request he assist people on social welfare and try and alleviate poverty in this country which is actually his job.”