Patrick O'Donovan: 'I won't be taking any elocution lessons' 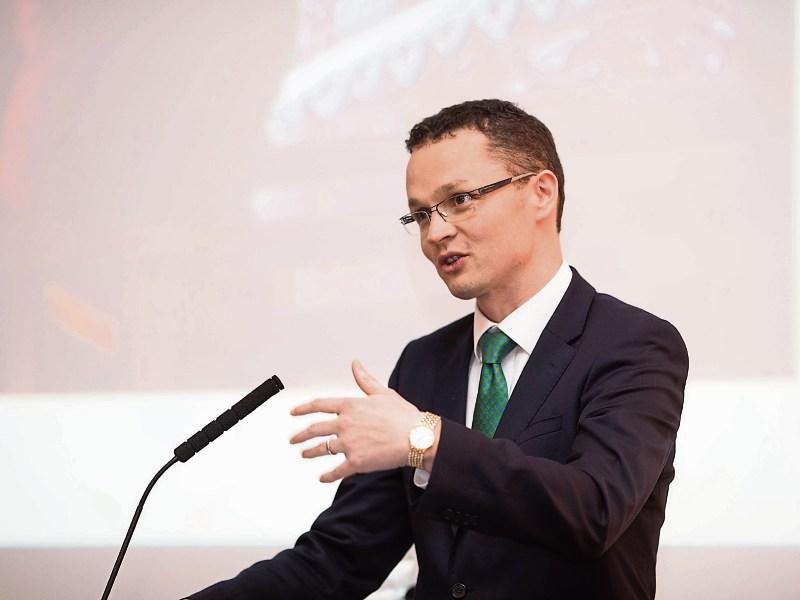 LIMERICK TD and Minister of State for Tourism and Sport Patrick O’Donovan has stoutly defended his West Limerick accent and has declared he will not be changing it.

And he defended local and regional accents as part of "who we are".

“I won’t be taking any elocution lessons,” the Minister for State for Tourism and Sport told the Limerick Leader.

His comments came on foot of the recent letter he received from a Dublin man criticising his pronunciation of certain words. The man took exception to Minister O’Donovan’s “th” pronunciation in particular, claiming, for example that he pronounced “other” as “udder”.

Minister O’Donovan tweeted the letter, leaving out the writer’s name, and declared he would not be changing anything.

Just picked this following @SaturdayRTE The way I speak is the way I speak, and it won't be changing! pic.twitter.com/BPmkZPGR3e

But the minister said he found the whole thing “very funny”.

“It is fairly pathetic when people will take the time to email you criticising how you speak,” he added. “When I looked at it, I thought, this person has little to be troubling them.”

“If you were to look a bit deeper, it’s as if we should all talk the same jargon, the same lingo, in the same accent. That is a box I will not fit into.”

“One of the good things about Ireland is that although it is such a small place, we have a lot of different accents.”

Accents too can tell us what part of the country, or even of the county, a person comes from, he added.

There was also brought another, more humorous, tilt at the Newcastle West born Fine Gael TD. In her weekly column in The Irish Times, Miriam Lord wrote of him: “The puckish Patrick O’Donovan has been described as the Flurry Knox to Shane Ross’s Irish RM.”

But Minister O’Donovan was unfazed. He even saw it as a compliment. He had to go back to see a few episodes of the Irish RM to remind himself of who exactly Flurry Knox was and decided it was a compliment.

“He is the man who, at the end of the day, always gets his way.”

But he declined to comment on his senior minister Shane Ross’s depiction as an Irish RM.