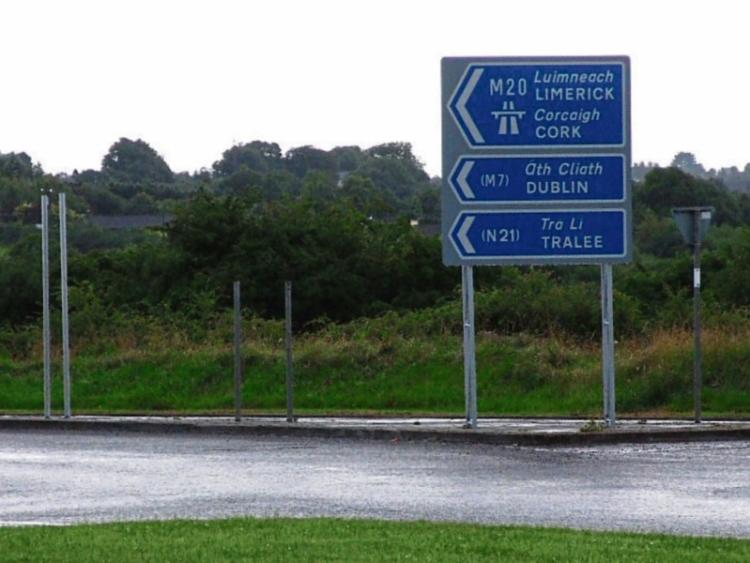 The M20 project is very much back on the agenda

AN AGRICULTURAL consultant who represents landowners along the proposed route for the M20 Limerick/Cork motorway thinks the link may only go as far as Mallow and Charleville initially.

John Crowley, who is based in Bandon, North Cork, has written to around 110 people on foot of the government approving €1m to move the proposed Limerick/Cork motorway to the planning stage.

In the letter, he says: "The original scheme was a multi-million euro project. In my opinion for financial reasons, I cannot see the entire scheme as proposed being constructed in one.”

He predicted the two major towns along the route – Mallow and Charleville – will be bypassed in the first instance. But Limerick City may have to wait to see the full benefit of the road, Mr Crowley predicted.

“It’s going to have to tie into the Limerick/Foynes road, it’s going to tie in with the Adare by-pass if that goes ahead. That’s what I think will happen at that side,” he told the Leader.

Asked what he is basing this on, he said: “It’s very simple. It’s a matter of money. There is no way this [€1bn] budget is going to be made. When the scheme was first proposed, it was in the middle of the Celtic Tiger and was quite ambitious then.”

Around €15m has been spent on bringing the M20 to planning which included an oral hearing on the scheme taking place in 2010.

However, a year later, the then Transport Minister Leo Varadkar mothballed the project.

Mr Crowley – who insists he is expressing a personal opinion only – believes that had that oral hearing finished a small period sooner, the motorway may be further along.

However, he still thinks the government “is farther on” with the project than it is letting on.

The consultant said he sent the letter out to landowners he had represented to keep them in the loop.

“We are constantly getting phone calls from people,” he added.

Fine Gael Senator Kieran O’Donnell, who has raised the matter of the M20 in the Upper House, says Transport Infrastructure Ireland (TII) will likely be seeking permission for the entire route.

“The TII is working with the local authorities looking at the work done to date and put a brief in place to appoint consultants to the project. I will be pushing for the project to be built in one go. However, we have lost five years. I didn’t want any time more lost. It may be done on a staged basis, but the main thing is it starts – it has been on the back-burner for too long,” Mr O’Donnell stated.

“I will be looking that this project which is so vital in terms of the entire region – Limerick, Cork and Galway – that this will be given funding under the mid-term capital review,” he added.

Speaking at the Chamber awards, Mr Varadkar – now Social Protection Minister – said he put the project on hold back in 2011, due to recessionary times. “I could not justify spending €140m to buy land to build a motorway that we could not afford at a time when we could not afford to maintain the roads and railways we had.  However, it was always my intention that the M20 should be re-ignited as the major infrastructural project for Munster,” he said.