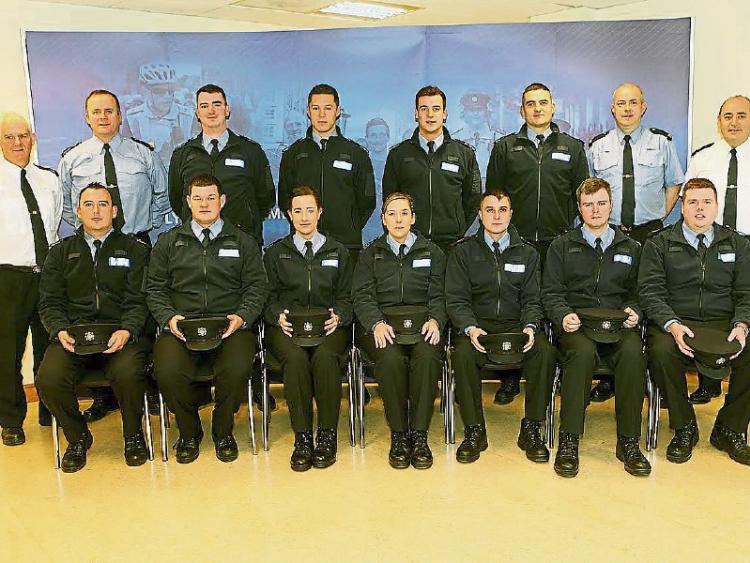 ELEVEN new members of An Garda Síochána arrived, bright and early, for their first day of duty this Friday morning at Henry Street garda station.

And warmly welcoming the young recruits, Chief Superintendent Dave Sheahan said that he was “thrilled” with the new tranche of gardaí who are starting their careers in Limerick.

Of the 11, six have been assigned to Henry Street garda station, and five are reporting for duty at Roxboro Road garda station.

This is said to be the largest number of recruits to come to Limerick “in many years”.

“This is very welcome, and it is going to be a great boost to the city, particularly in light of new blood coming in, and being able to train these people to same high standard that I would be accustomed to, here in Limerick,” Chief Supt Sheahan said.

The Limerick garda division made a bid to the Garda Commissioner and the headquarters to take in a number of gardaí, following the loss of 10 members to Templemore in recent months.

“I am only replenishing on what was done, and I am very appreciative of the Garda Commissioner and also the Minister [for Justice] in ensuring that those whom we lost are now and have been replenished,” said the Chieft Supt.

According to Sgt John Flanagan, who will assist the new recruits throughout their 18-week probationary period, there will be stronger garda visibility on the streets, thanks to this new batch.

The 11 – nine male and two female – will be assigned a tutor garda every day while they are on duty, and will undertake a BA in Applied Policing, accredited by University of Limerick.

New recruit Gda David Barry said that he is looking forward to his time working in the Limerick city community.

Gda Eimear O'Sullivan, who is assigned to Roxboro Road garda station, said: “I can’t wait. It’s a new experience, and I am delighted to get Limerick because it’s a great station.”

Mainly from the Munster region, five hail from Cork, two from Galway, two from Kerry, and one each from Tipperary and Clare.