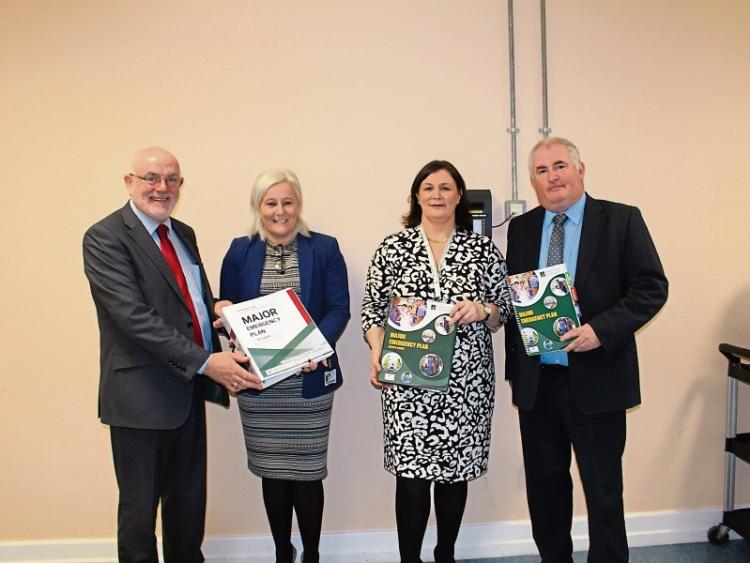 THE UL Hospitals Group has launched an exclusive plan of action, equipping its hospitals to help tackle disasters such as transport accidents, explosions, pandemics, building collapses and other major emergencies, should they occur in the Mid-West.

The Major Emergency Plan is the first action plan of its kind in the country, and will provide regional hospital staff with the roles and responsibilities in the event of the declaration of a major emergency.

A major emergency is defined “as any incident, usually with little or no warning, which overwhelms the ability of an organisation to respond”.

Launching the plan this week, group chief Colette Cowan said: “This document provides staff across UL Hospitals with a plan of action in the event of a major emergency being declared and is also a guide on how to implement that plan in a structured, coordinated and timely manner.

“It is aligned with the regional and national major emergency plans within the health services – including our colleagues in HSE MidWest Community Healthcare – and with the equivalent interagency plans with An Garda Siochana and local authorities.

“Critical to the plan is that it takes an ‘all hazards’ approach. That means the plan can be applied across a range of different scenarios that, while we must hope they never happen, we must nonetheless prepare and plan for,” Ms Cowan explained.

“Some such emergencies are universal, whether it might be a major transport accident; an explosion; a building collapse; a pandemic and so on.”

The Seveso directive is a European Union law, established in 1982, to improve management and safety of sites that contain large quantities of dangerous substances.

“The nature of unforeseen events is such that it would be foolish to claim to be 100% prepared for them. But I am glad to welcome the fact that UL Hospitals has as robust and detailed a document as possible that will not only serve the staff of UL Hospitals Group well but will also assure everyone in the MidWest region that when the worst happens, it will bring out the best in us,” she added.

Ms Cowan expressed gratitude to the UL Hospitals Group board and its chairperson Prof Niall O’Higgins “for recognising its importance”; and to former and current staff, Frank Keane and Lorraine Varley, for delivering the plan.